InfoWars Is Now Feuding With “Pro-Soros Rockers” Portugal. The Man 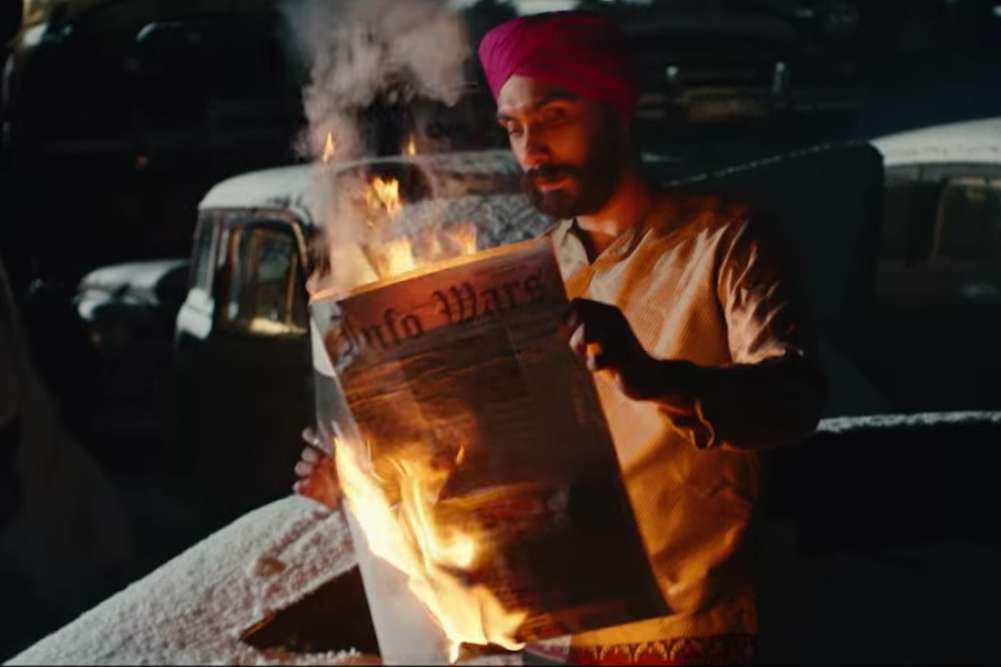 The video for Portugal. The Man’s new single “Feel It Still” features a bar fight, some old guys on motorcycles, a couple getting hot and heavy in the back of a junked car, and a man setting fire to a newspaper labeled “Info Wars.” It’s this last bit, predictably, that has the right-wing conspiracy theorists of America in a tizzy.

InfoWars, of course, is also the name of the website where Alex Jones publishes his Donald Trump hagiographies and Obamacare-loving alien lizard cosplay, and the Portland-based indie band was taking an unsubtle shot at Jones and his followers. The entire “Feel It Still” video, it turns out, is filled with winks at various social justice causes, which can be accessed on a website the band created to accompany the video. Clicking on the InfoWars scene directs you to AdStrike, an organization aimed at combating what it identifies as “Hate Speech/Fake News” via advertiser boycotts against right-wing sites like Breitbart and The Blaze.

I only know about all of this because InfoWars itself published a long article about the “Feel It Still” video, hilariously identifying Portugal. The Man as “Pro-Soros Rockers” in their headline. On one hand, you’d think InfoWars might think twice about directing viewers to a video whose creators seemingly aim to put InfoWars out of business. On the other, they probably don’t have much to worry about: the majority of Jones’s revenue comes from the quacky brain pills and “male vitality” supplements he sells in the InfoWars store, not from traditional banner advertising, so an AdStrike-style boycott against the business wouldn’t really work. Either way, it’s great publicity for Portugal. The Man. Watch the video below, and see the interactive version here.