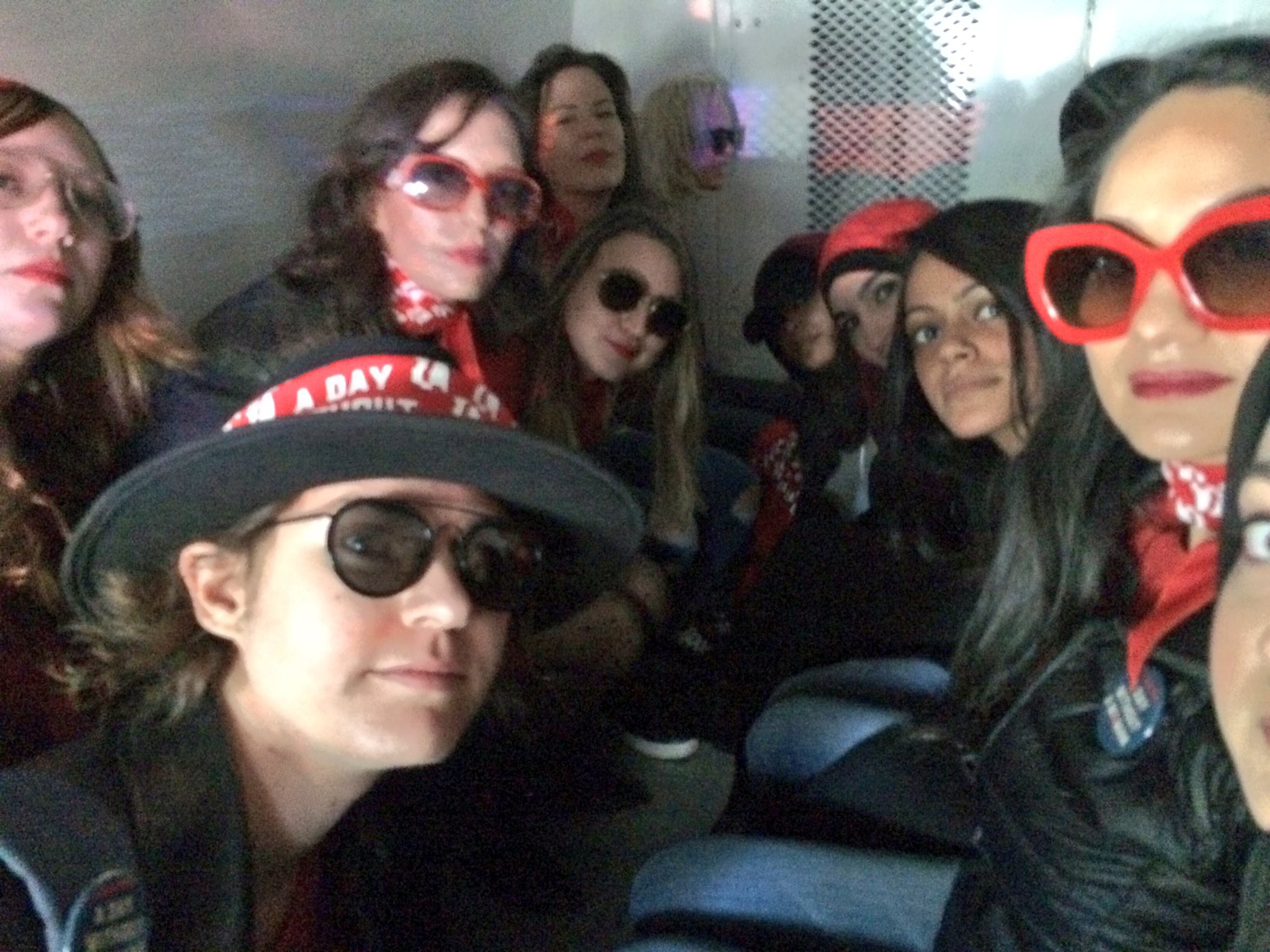 According to several sources on the ground, arrests have been made this afternoon near Columbus Circle in New York City at a demonstration in solidarity with the Day Without a Woman strike, coordinated on International Women’s Day. Hundreds of protesters gathered near Central Park and 59th Street, the site of Trump International Hotel and Tower. Video shows police directing demonstrators to clear the road, or face arrest for disorderly conduct.

We are not sure what precinct we are being taken to at the moment. But we are together, reSisters. #DayWithoutAWoman pic.twitter.com/r10WBikdl8

Among those arrested was activist and organizer Linda Sarsour. Video shows Sarsour being led from the street with her hands restrained behind her back. Other photos show Sarsour and at least nine others in the back of a police vehicle.

Shortly before the reports of arrests came in, the Twitter account associated with the Women’s March said they’d be blocking traffic as a form of civil disobedience. The Women’s March is the same group who organized the massive demonstrations around the country, on the day after Donald Trump’s inauguration. The group encouraged women to stay home from work today, inspired by the recent A Day Without an Immigrant strikes of last month.

We are blocking traffic as a form of civil disobedience in Columbus Circle (outside Trump Hotel). #DayWithoutAWoman

SPIN has reached out to the NYPD for comment and exact details of the arrests. This post will be updated as new information arrives.