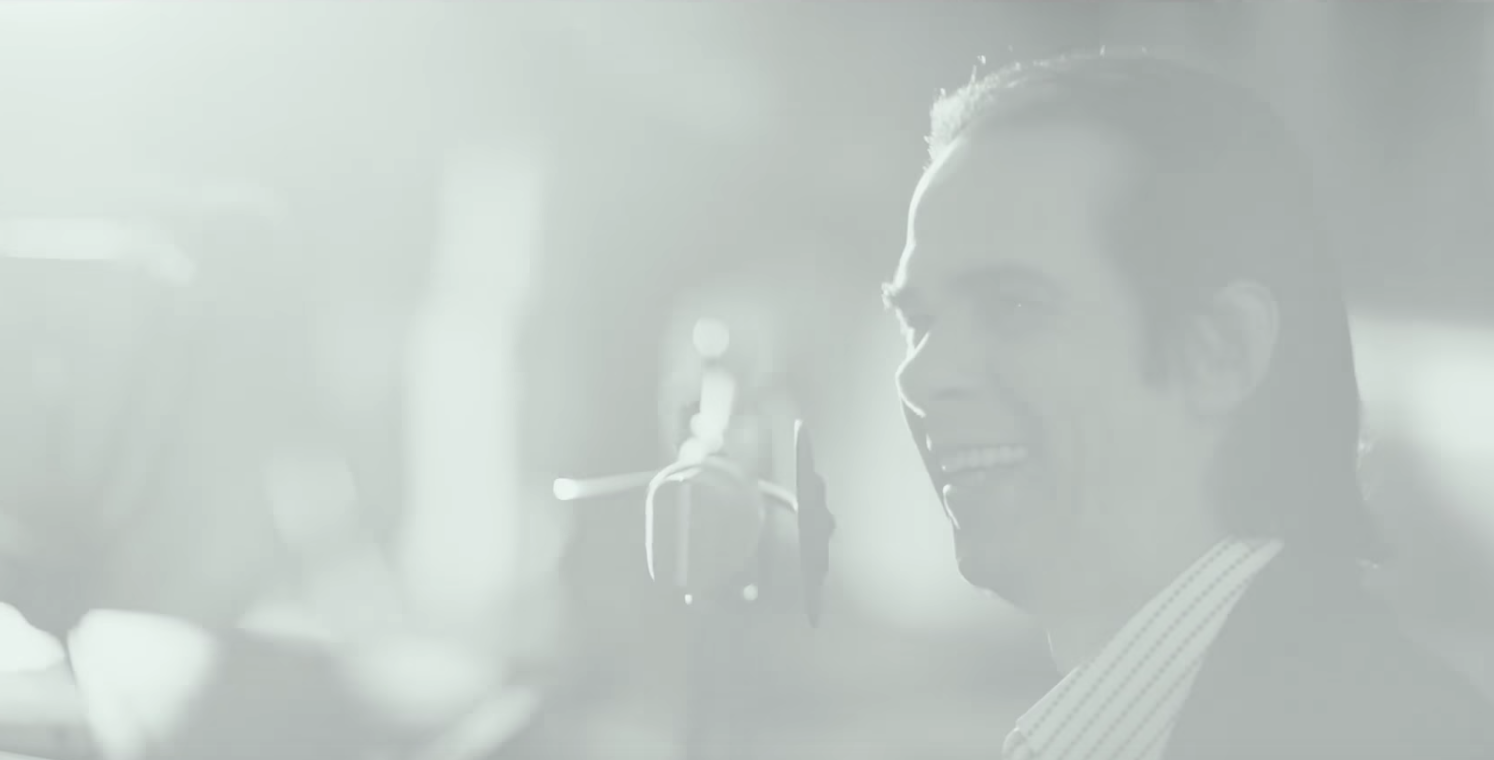 Some of the best moments in last year’s great, revelatory, and harrowing film about Nick Cave & the Bad Seeds, One More Time With Feeling, feature voiceovers of Cave recitin the poetry that anchors the band’s album from last year, Skeleton Tree. One of the most arresting examples of that technique occurs during a song did not actually make the album, but is definitely one of the musical standouts of the film: “Steve McQueen,” which the band has just released as a standalone music video. In the clip from the film, the free-associative, sinister text starts as a voiceover on footage of Cave in the studio, before multi-instrumentalist Warren Ellis and the rest of the Bad Seeds add a funereal, synth-driven backdrop. “I am God thinking about God thinking about Steve McQueen,” Cave whispers in a voice that could make the hairs on the back of your neck stands on end. “I’m a housefly called God and I don’t give a fuck.”

At the end of the clip, we hear Cave singing live in the studio in the background, with the band contributing banshee-like backing vocals as the layers of keyboard build up. This powerfully-arced piece is a great illustration of how unique and gripping One More Time With Feeling is. Even if you’re not a diehard Cave acolyte, there’s an emotional intensity and idiosyncratic beauty to its filmmaking that sets it apart from any other music documentary in recent memory. If you haven’t seen it, you should sample the clip below, and then buy or rent the whole thing.