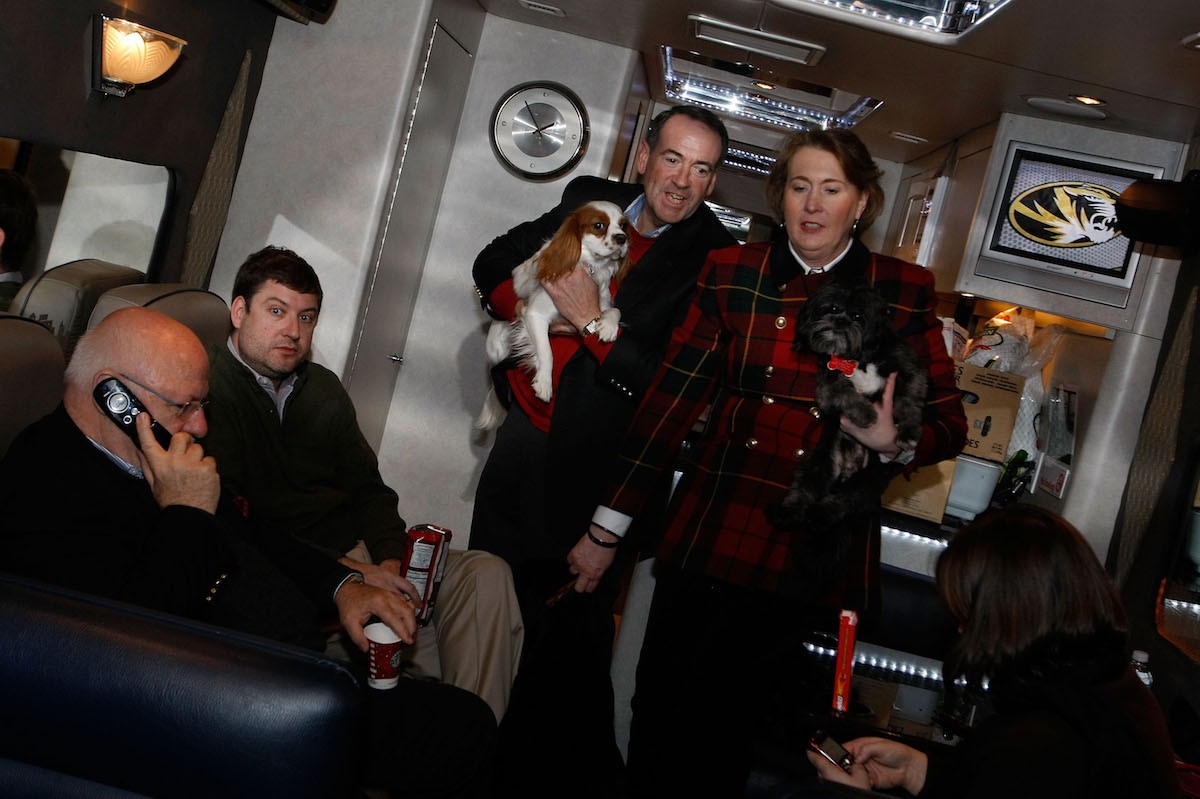 Republicans are currently enraged at Snoop Dogg over a scene in a music video for his new remix of BADBADNOTGOOD’s “Lavender,” in which a clown styled liked Donald Trump is shot. Bow Wow—who is not actually Snoop Dogg’s nephew—was added to the list after he said he would pimp out Melania Trump, an ill-advised tweet if there ever was one. Today, the latest conservative to come at the duo was Mike Huckabee, who sent the following tweet, which makes me want to shoot into space and never return!

Poop Dogg has nephew named Bow Wow; both bad dogs who advocate murder and sex slavery for @POTUS and First Lady;Who let the dogs out?

The key thing to remember here—both regarding this tweet and now that I think about it this entire controversy—is that Mike Huckabee, who is now making jokes about “bad dogs,” has a son, Michael, who helped kill a dog at a summer camp when he was 17 years old. Whether the dog was killed quickly or tortured before its death is the subject of debate, but one thing that’s agreed on by all parties is that the Huckabee family has a dog killer in its clan, which makes the eldest Huckabee’s take on this story quite… interesting.