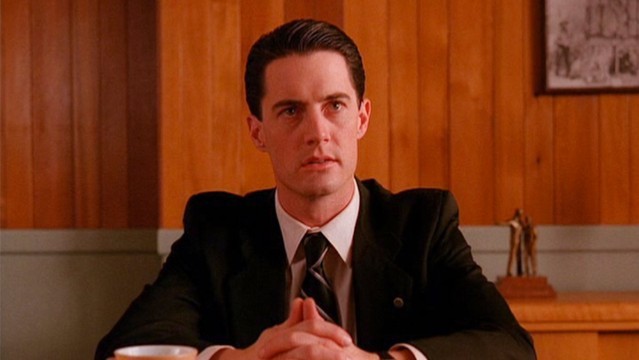 In the buildup to the new season of Twin Peaks, which is out this May, Kyle MacLachlan has shared a new Spotify playlist of his favorite songs. Titled “Coffeetime,” the playlist assembles 54 songs with lyrics that, according a press release quoted to FACT, “echo key themes from a dark past and maybe a hint at the future.”

For MacLachlan, though, something about this future feels a lot like 1978, as the list consists almost entirely of yesteryear bands like the Doobie Brothers, Jethro Tull, Buffalo Springfield, and Crosby, Stills, Nash & Young. With Deep Purple, Cat Stevens, and Zeppelin alongside soon-to-be-classic rock bands like Soundgarden and the Foo Fighters, nothing about the playlist exactly screams Twin Peaks, especially considering the show’s still set to include Sky Ferreira and Sharon Van Etten. At age 58, MacLachlan has just about the same taste that my dad does, carrying a love for “Ramble On” and “Cinnamon Girl” far from the college quad, loading up the dusty minivan CD stacker with mix after mix after mix.

It’s a nice playlist, though, and MacLachlan seems like a pretty good dad. Give it a listen below.