Home » Culture » When Exactly Did Kenny G Turn Himself Into a Meme?

Over the last few months an important transformation has taken place on social media: Sexy saxman and notorious musical necrophile Kenny G has gotten extremely good at Twitter. Unlike the accounts of most aging stars, which tend to be heavily populated by celebrity appearances, fan outreach, and performative political gestures, the 60-year-old performer has spread his wings, emerging from the chrysalis of forgotten infamy a tender and triumphant new butterfly: 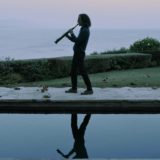 Kenny G Is Still Trying as Hard as He Can

“Hmm…what if there’s a lot more to life than being really, really, ridiculously good at sax” pic.twitter.com/I91DFO9y2z

The man’s tweets have, until recently, largely remained focused on his career. From updates on live shows and TV appearances to promotional album rereleases with Starbucks, the musician’s been shameless in his use of the site as, most formally, a public relations tool. Which is fine, of course—one of the site’s major uses has always been brand-building and multimedia marketing across industries.

So when precisely did Kenny G make the shift from a musician going through the promotions on Twitter to a borderline ubiquitous viral sensation? If you had to pick the date when something changed, it would have to be November 26. From almost nowhere, the musician somehow struck social media gold with a certain viral bicycling tweet. The update includes an image of the man named Kenneth Gorelick biking downhill, arms-crossed with a coy, cockeyed look in his eyes with the caption “My hands are for one thing only: playing sax.” The tweet exploded with over 90,000 retweets and write-ups from Gizmodo, Elle, Mashable, and other outlets.

Since then, the musician’s account has seen a firm rebrand, shifting from self-promotion interspersed with the occasional obligatory #ThrowbackThurday posts to calculated attempts to recapture his viral potential. On December 7, he tweeted a photo of himself playing the saxophone, one arm raised with the caption: “Look, no hands!” followed by other similar shots to recapture his fading celebrity.

So who’s behind these tweets? Is a marketing agency really being paid to revive the career of a guy who had the audacity to make a career out of shitting all over Louis Armstrong classics? Is there really a team of professional social media string-pullers willing to stoop so low as to support a man who, in the words of jazz guitarist Pat Metheny, single-handedly ruined the entire lifeblood of a culture with the “lame-ass, jive, pseudo bluesy, out-of-tune, noodling, wimped out, fucked up playing” of Brazilian Nights? Social media marketers will help shill for fast food brands, soda conglomerates, and oil companies pillaging the earth, but what sort of well-mannered, well-paid, well-dressed professional would really sink to the level of turning Kenny G into a meme?

Probably all of them, including the man himself.