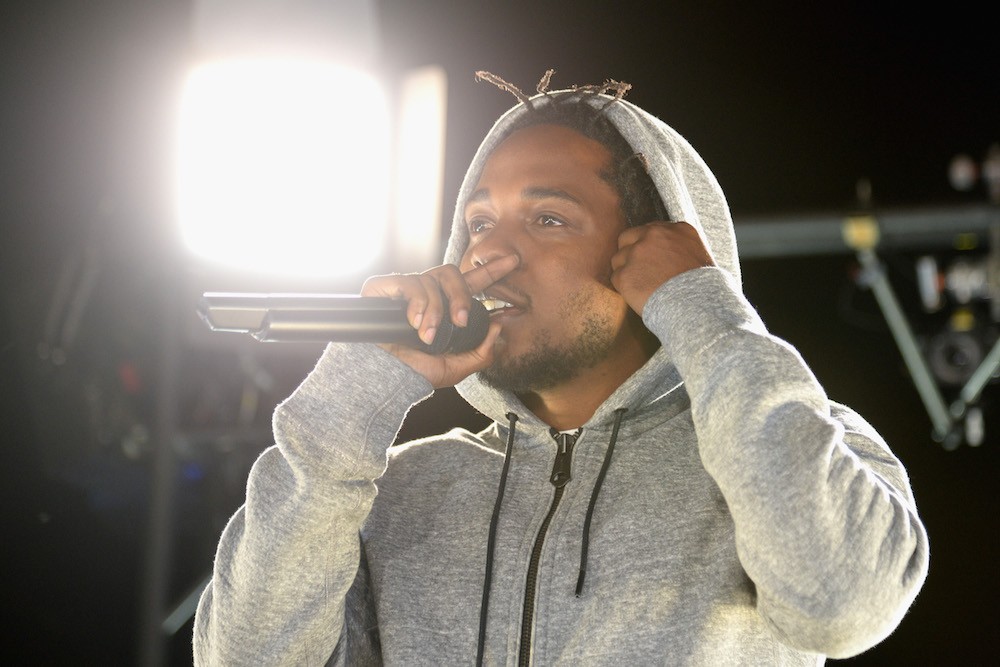 Last night, Kendrick Lamar released “The Heart Part 4,” the latest in a series dating back to his mixtape days. Like every good rap, “The Heart Part 4″ raises plenty of questions, and is plenty quotable. (The line “You jumped sides on me, now you about to meet Westbrook” is rapped with so much conviction, you forget the Thunder hasn’t beaten the Warriors all season.) Lamar might be launching nuclear subs at Big Sean—he might not be. Lamar might be the “greatest rapper alive”; some might argue that title goes to Young Thug.

What doesn’t seem as debatable is that Lamar is releasing an album—or something—on April 7, according to his closing bars: “You know what time it is, ante up, this is in forever / Y’all got ’til April the 7th to get ya’ll shit together.” It echoes a similar refrain on “The Heart Part 3,” where Kendrick rapped “Will you let hip-hop die on October 22nd?” days before good kid, m.A.A.d city dropped on October 22, though that release date had been previously announced.

If the formal follow-up to 2015’s To Pimp a Butterfly does indeed drop on that date, Kendrick’s cold war against Drake will reach a new level of petty, as he once again sucks all the air away from Aubrey’s hype. TPAB came out just a month after Drake’s retail mixtape If You’re Reading This It’s Too Late; More Life came out last Saturday, but we’re already talking about Kendrick. Unity has been a recurring theme through Lamar’s recent projects, but it doesn’t seem to apply to Drake.

With all this in mind, Lamar might not even release a new album on the 7th. Rapping a random date isn’t a confirmation and we’ve seen blown Lamar-related deadlines before. (J. Cole, in his rap over Lamar’s “Alright,” hinted at a new release February 2016. Nothing came.) He could be lobbing up an assist for the Culture by pointing his fans toward 2 Chainz’s upcoming album Pretty Girls Like Trap Music, which happens to drop on April 7. He could be dropping another bad shoe. But if the date comes and goes with nothing from Kendrick, we’ll all be a little steamed.