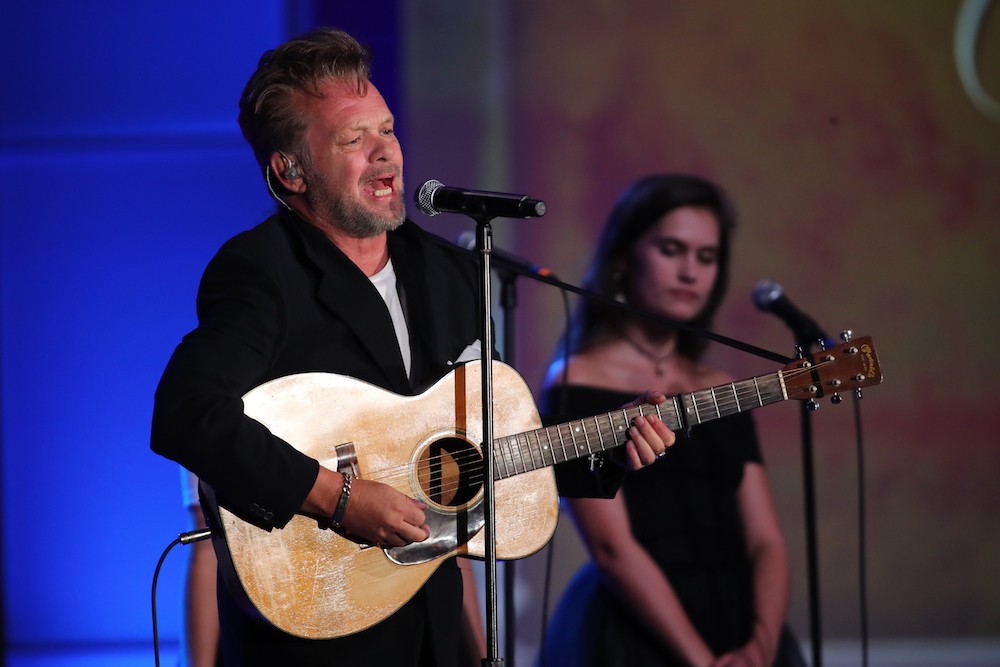 In 2003, John Mellencamp released Trouble No More, an album of covers of classic and contemporary folk and blues songs, to middling reviews. According to an interview that Mellencamp gave on Howard Stern today, the album came together as an escape hatch from his label, Columbia Records, after Mellencamp heard about a ridiculously racist remark Columbia’s president made to his manager.

Stereogum excerpted the relevant portion of the interview, which is not available online.

I was on Columbia Records and I made a record called ‘Peaceful World.” And it was climbing up the charts, it was right before 9/11. And my manager went in and was talking to the record company, and the president of the record company — who I won’t mention his name but you could probably figure it out — said, ‘I don’t know why Mellencamp insists on having these [n-words] singing with him. It makes it impossible to get him [on radio].

“Peaceful World” featured vocals from the Grammy-winning singer-songwriter India Arie. According to Stereogum, Mellencamp later explained that he’d released Trouble No More to get out of his Columbia contract, which began in 1998. He also claimed that Larry Jenkins, a former Columbia VP, lost his job because he’d told the president his remarks were inappropriate.

Mellencamp conspicuously omitted the name of the Columbia Records executive he’s referring to, but anyone with access to Google can see that the president at the time was Don Ienner. If so, it wouldn’t be the first time his alleged impropriety led a superstar to flee the label: the late George Michael fought to leave Columbia after he overheard Ienner refer to him as “that faggot client of yours” in a conversation with Michael’s lawyer Rob Kahane, Kahane has said. (Ienner denies the accusation.)

Ienner stepped down as chairman of Sony Music Label Group, Columbia’s parent company, in 2006. Neither Ienner nor a Columbia spokesperson immediately responded to a request for comment on this story.