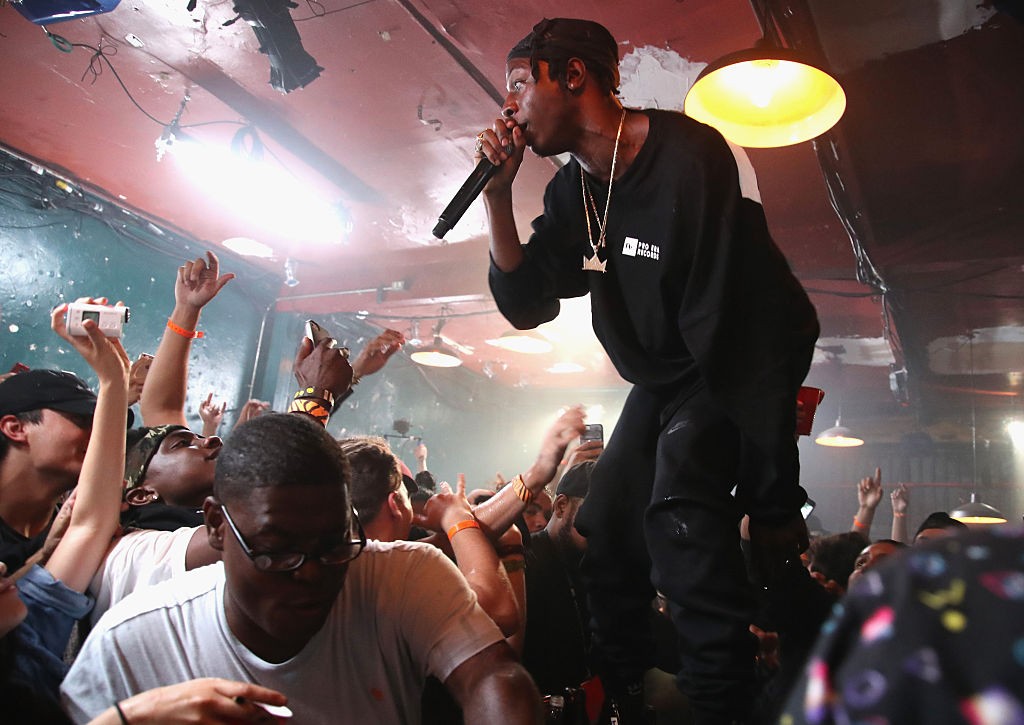 This past September, Joey Bada$$ performed at an MTV event alongside political impersonators playing Donald Trump and Hillary Clinton. Now, TMZ reports, the actor who appeared as Trump is suing Bada$$ for pushing him off the stage.

Actor Phillip Wilburn says Bada$$ shoved him in the back, and he’s seeking $1.5 million in damages. He says he incurred $1,000 in medical costs after his fall, a price that might rise to $25,000 if he needs surgery. He’s also anticipating $50,000 in lost income as a result of his injuries.

Watch video of the Bada$$ incident below via TMZ. If you want to see Wilburn’s Trump impersonation in action, he also played the President in a couple of video shorts for CollegeHumor last year.