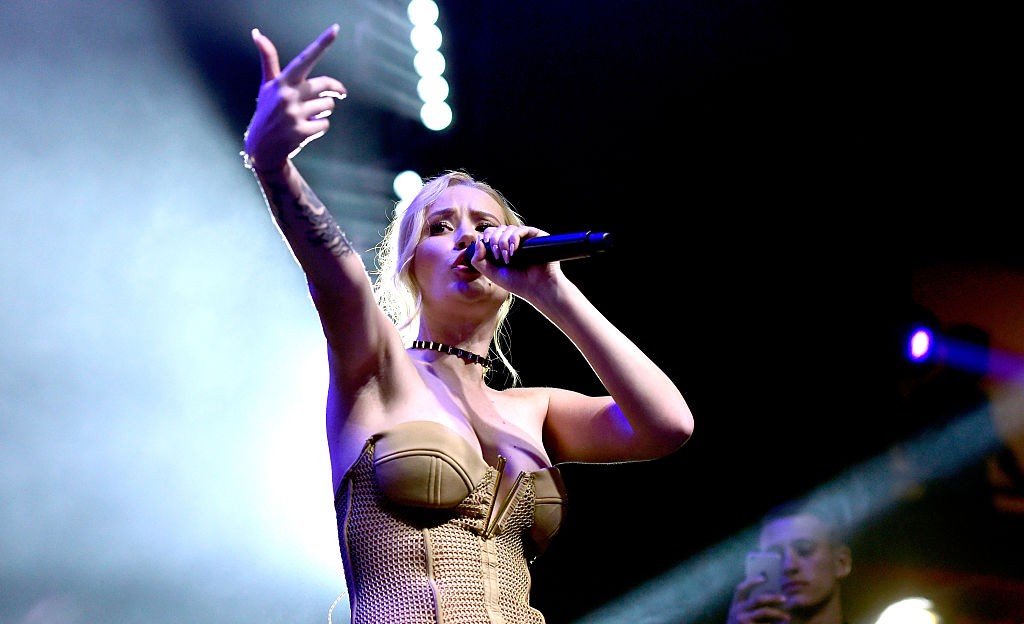 It’s here: Iggy Azalea’s new song “Mo Bounce,” a budget Far East Movement EDM-rap-pop Frankenstein with all the subtlety of LMFAO and Lil Jon’s “Shots.” Zane Lowe of Apple’s Beats 1 is on board, though! “This is a statement,” he said when premiering the song today, but that only makes sense if the statement Azalea was trying to make is, “Please never listen to my music again.”

“This is definitely my intentional single,” Azalea told Lowe, though it might be better if it turned out she had released it by accident. She also shared some details about her much-delayed album Digital Distortion, which will include last year’s single “Team,” her new song with Lil Uzi Vert, a song called “Elephant” featuring YG, and “Love Don’t Fail Me,” a “’90s house” style track with Jeremih.

The next time I hear this song, I hope I’m blackout drunk. Best of all, Apple’s legendary prudishness means Beats 1 can’t air the profanity in the “Mo Bounce” chorus (“mo’ bounce in the motherfuckin’ house”). Come for mo’ bounce, stay for the massive blank in the middle of the hook.

Listen to “Mo Bounce” and Azalea’s interview with Lowe below.