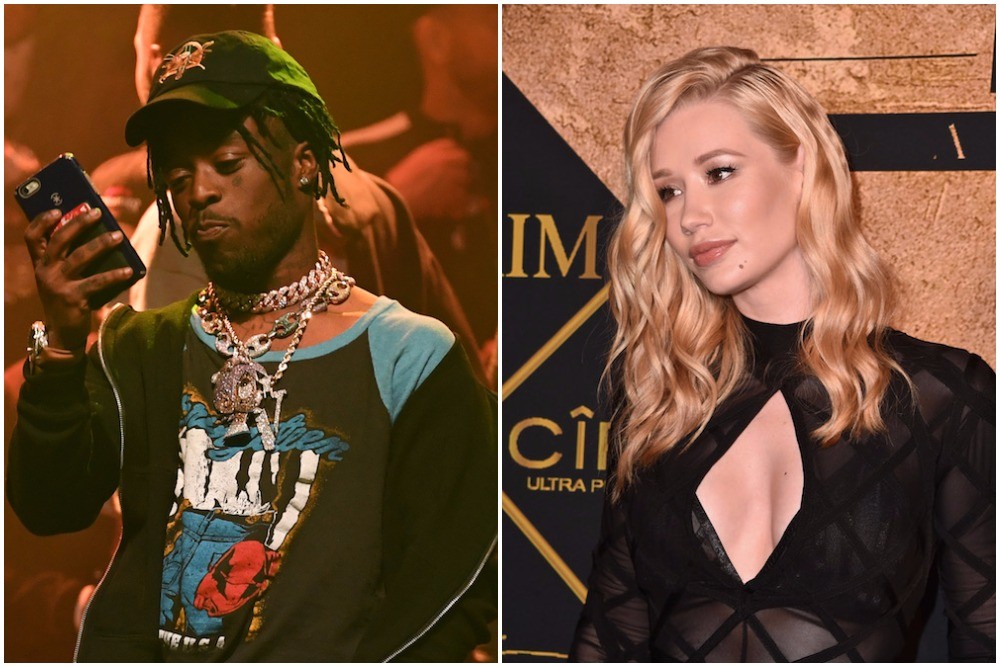 As promised and tweeted, Iggy Azalea has dropped her new single,”Can’t Lose” with Lil Uzi Vert. Azalea garnered infamy during her 2014 rise for her on-record “blaccent,” that learned inflection still present on this song.

But what’s offensive here is the specificity: “Can’t Lose” appears to mimic Migos’ hit “Bad and Boujee,” which also happens to feature Lil Uzi Vert. The parallels are evident through even the most cursory glance. Azalea and Uzi spend their time rapping around a sparse production, except this instrumental—produced by Sham “Sak Pase” Joseph and Lasanna “ACE” Harris—lacks Metro Boomin’s psychedelic twitches. She borrows Quavo’s processed cadence, and more obviously, takes a shot at doing Migos’ triplets flow. Azalea even tries reconfirm her authenticity by ending a verse with “dat way,” the phrase popularized by the Migos. (It barely fits in the rhyme scene: “Karate chop with the sauce / Never worried ’bout the cost / I just get it like a boss dat way.“) Uzi’s perfunctory guest hook, sadly, doesn’t raise the bar.