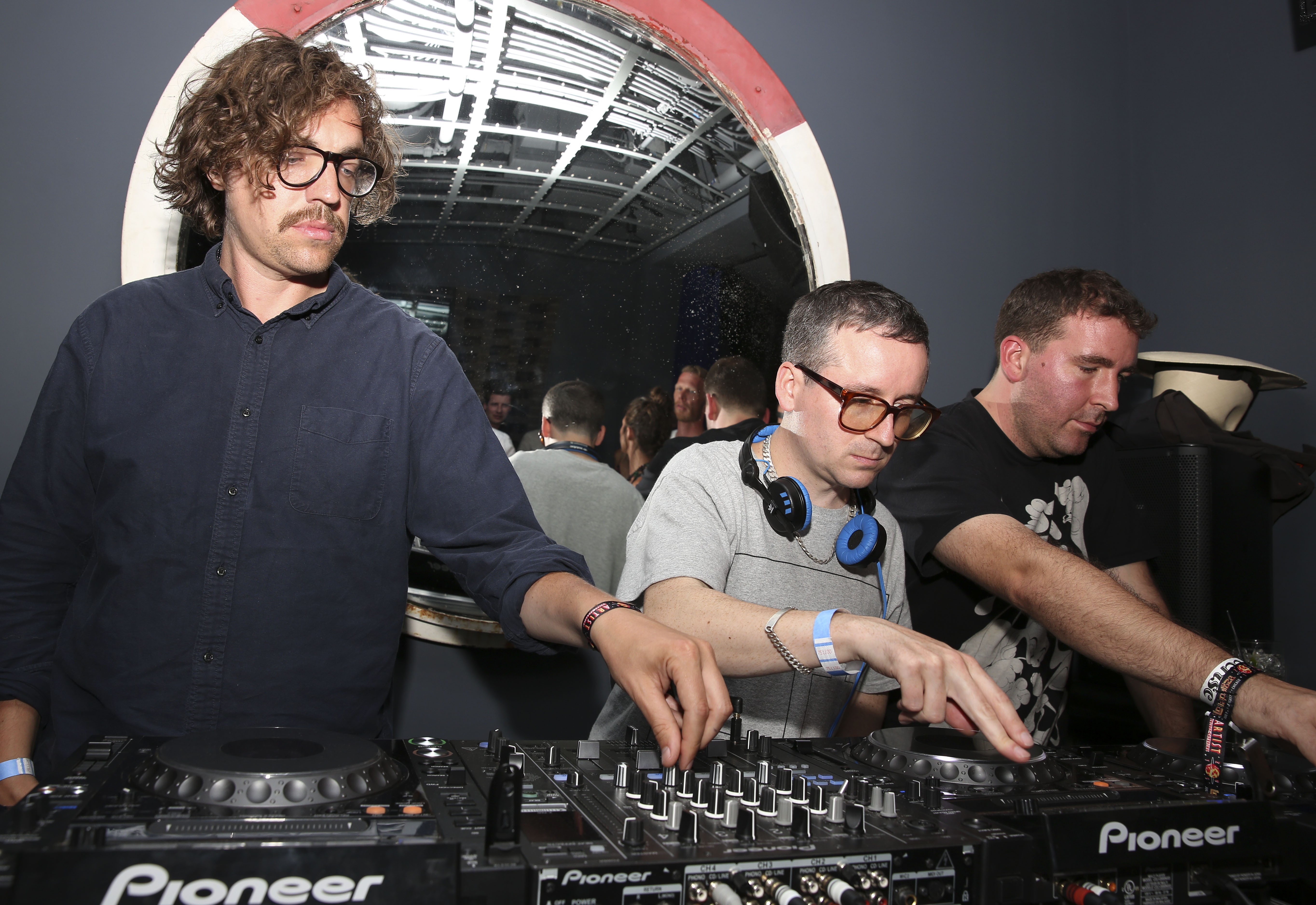 Members of Floating Points, Caribou, Junior Boys, Hot Chip, and Simian Mobile Disco recently collaborated on a re-scoring of the electronic 1973 work Tactus Tempus. The result will be released March 17 on the Geej Recordings’ Bandcamp page, and will see a more formal release on March 24.

The album was originally composed by Frank McCarty, whose website describes it as a “large, controlled improvisational process” first performed by McCarty’s group BIOME on five EMS Synthi synthesizers. Harnessing the percussive qualities of the synths, the composition “gradually increase in quickness and loudness” until instruments reach the “speed of sound and constant light” in an explosive blur of electronic energy.

As Pitchfork reports, the new version was recorded in June 2016 at Joe Goddard’s studio.  It comprises two pieces. Find the art below. 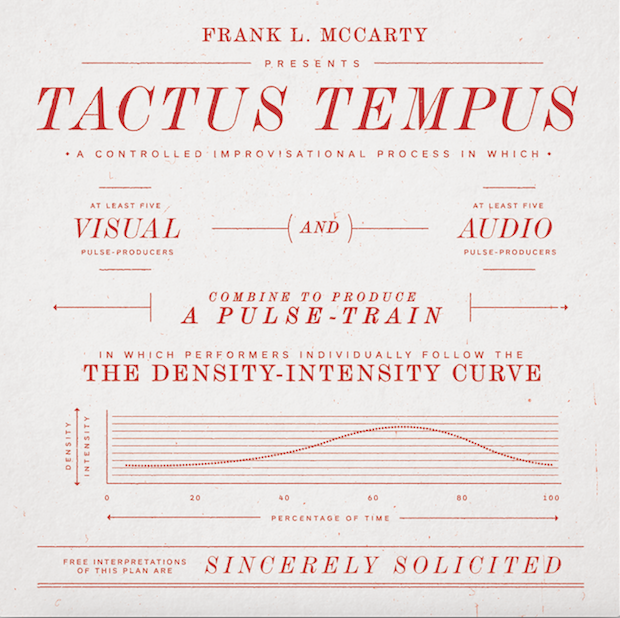 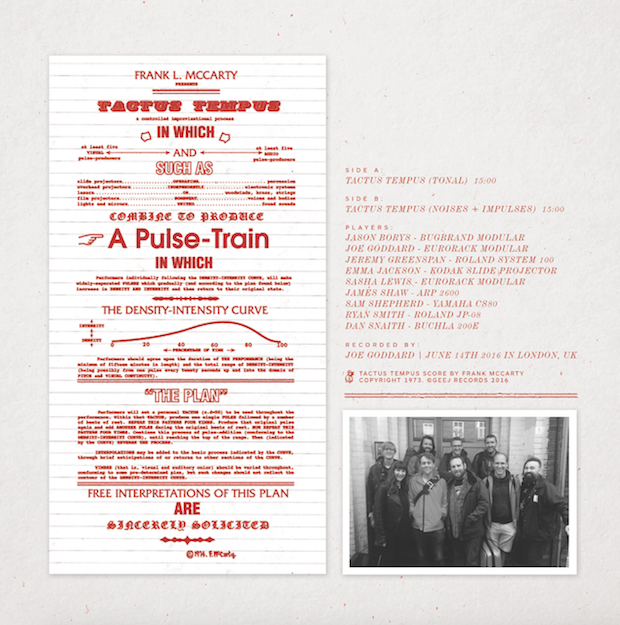