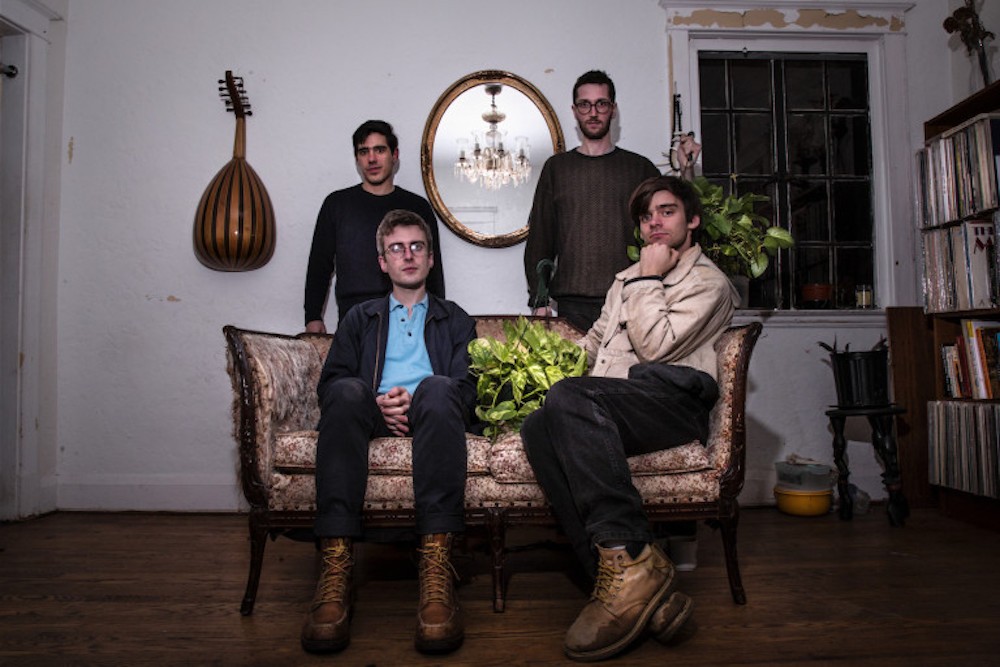 For my money, the Baltimore quartet Horse Lords released one of the most exciting rock records of the last several years with last year’s Interventions, an album of cosmic repetition and elaborately interlocking parts that’s summed up well by a quote guitarist Owen Gardner gave in an interview with the Quietus yesterday: “My issue with [bands like the Ramones and AC/DC] is that they’re trapped in the song form, refusing transcendence. This is why I find so many punk bands so depressing. Three chords is two too many!”

Interventions is Horse Lords’ third and best record, though the first two are well worth your time also. In between formal albums, they’ve also released a series of mixtapes, which they say are intended as “a way to develop material in a more low-stakes way than a proper album, taking inspiration from hip-hop mixtapes.” Today, they’ve announced Mixtape IV, which they’ll release digitally and on cassette May 5, with one long track on each side.

The first side, released via the Quietus today, is an interpretation of “Stay On It,” a work by the late composer and signer Julius Eastman, whose fiercely political work in the American minimalism school is enjoying a renaissance lately. Horse Lords’ take on the piece, which features a vocal intro from rapper and fellow Baltimorean Abdu Ali, will appeal to fans of the band’s music even if they aren’t familiar with Eastman’s. The structure of “Stay On It” as a multipart suite gives it a narrative range that isn’t always present with Horse Lords, allowing them to present multiple dizzying polyrhythms and a range of timbres instead of their usual unending tableaux. Listen at the Quietus.

Rap Songs of the Week: Danny Brown Baits Nostalgics on ‘Side A (Old)’