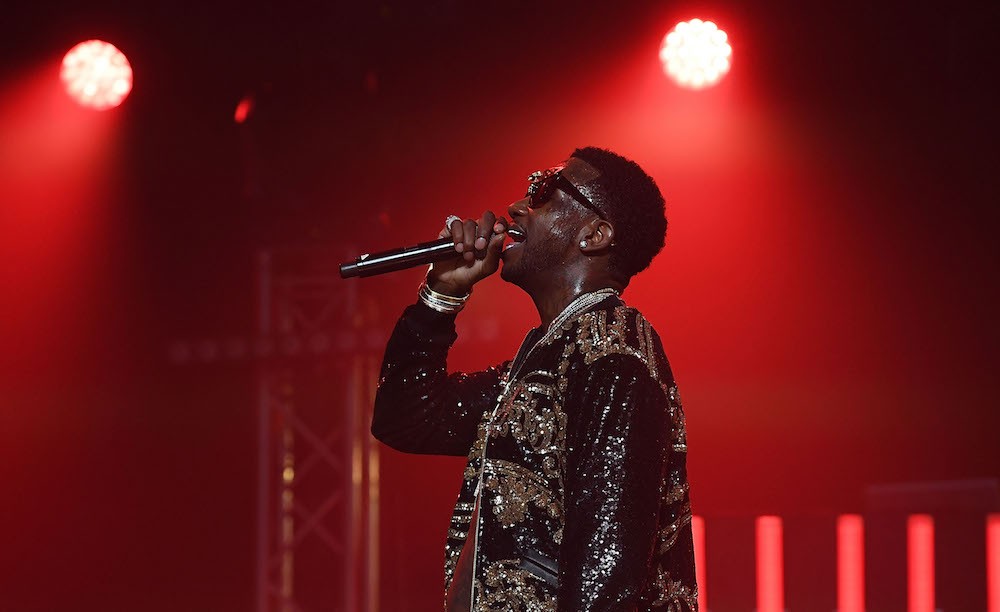 The audience was mainly sanguine through the majority of the night, with marijuana smoke continuously rising over the crowd. After waiting hours for wristbands to gain entry into the shindig, they understandably weren’t here for extracurriculars. Hosts It’s the Real, the normally amicable comedy duo, were ushered off the stage with a chorus of boos and Meek Mill chants before Philly’s son hit the stage. Meek Mill and Gucci Mane did eventually come with little delay, for the hundreds in attendance to vicariously trap.

Gucci Mane’s ongoing post-prison glow undoubtedly made him the night’s star, yet Meek Mill arguably had the stronger set. Although Meek’s post-DC4 campaign has been overshadowed by his split with Nicki Minaj, he’s still kinetic enough of a performer to renew his grandest bangers live. “House Party” is just as thrilling in an Austin yard in 2017 as it was in a basement party in 2011.

Gucci, despite being one of hip-hop’s ubiquitous figures, doesn’t have that immediate charisma, and it appears the mid-sized venue live show is his Achilles heel. He was hermetic and rarely interacted with the crowd as he faithfully performed his hits. A known fan pleaser, Gucci did “Wasted,” “First Day Out Tha Feds,” and bravely, “Black Beatles” sans Rae Sremmurd. But we’ve been had those hits; there should’ve been more Wop that night.