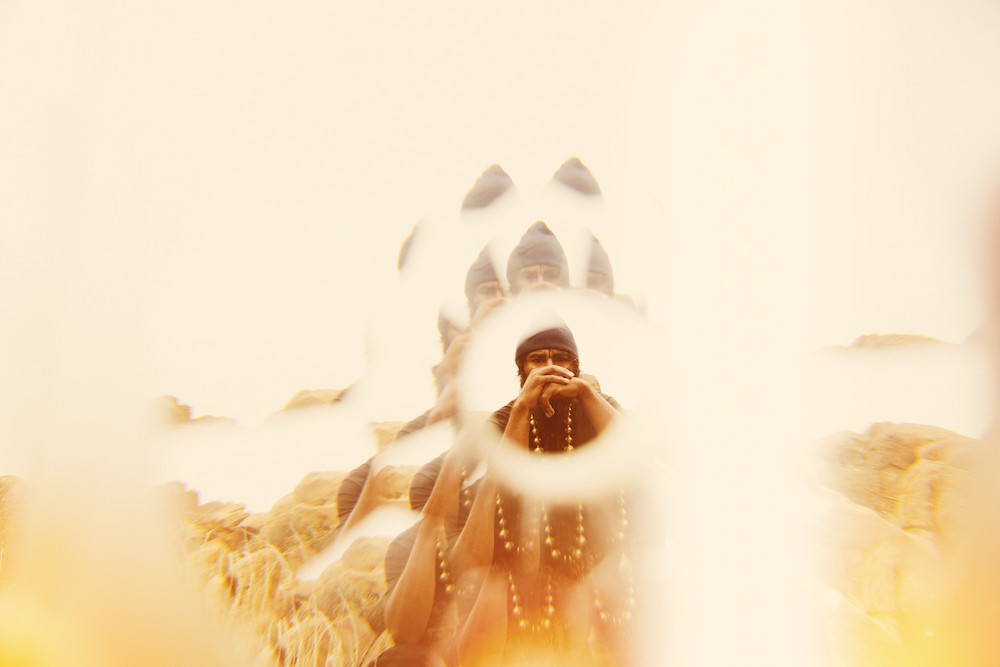 Gonjasufi’s psychedelic blasts of bass and spiritual noise have always been disorienting–the kind of music that might impels you to check your headphone jack to make sure everything is plugged in correctly, or is it really supposed to sound like that? Now, he’s applying his off-kilter sensibility to release formats as well.

The Mandela Effect, released digitally today with little fanfare, is the followup to last year’s Callus. The easiest way to describe The Mandela Effect is as a remix album: It contains reworks of Callus tracks by artists who, like Gonjasufi, fuse Afrocentric mysticism and sci-fi with hip-hop and murky dub, like Shabazz Palaces (who remixes “Afrikan Spaceship”) and Massive Attack’s Daddy G (who puts his spin on “Your Maker”). But The Mandela Effect also has original music, including a collaboration with the legendary Afrobeat drummer Tony Allen, and one instance of Gonjasufi reworking another artist’s material, instead of vice versa (his cover of “Show,” a 2002 song by Portishead frontwoman Beth Gibbons and Talk Talk bassist Paul Webb).

The collection’s title is a reference an idea that has recently gained traction on Reddit and elsewhere on the internet, that seemingly minuscule differences between the way you remember pop cultural artifacts from your childhood and the way those artifacts are historically documented are actually indicators that you are living in a slightly shifted parallel universe from the one where you grew up. “The Mandela effect” refers to the memory lots of people seem to have of Nelson Mandela dying in jail in South Africa, and other popular instances include a misspelled title of a children’s book series and a nonexistent Sinbad film. (As you might imagine, while some “believers” take the Mandela effect seriously, others are just in it for the memes.) The name is probably instructive in terms of how Gonjasufi wants The Mandela Effect to be received: as a relic from another reality that diverges from Callus in some ways but reflects it in others. Trippy. Listen via Spotify below.