Somewhere between the throbbing second track on Goldfrapp‘s new album Silver Eye (“Systemagic”) and the slinky third (“Tigerman”), you’ll wonder why Goldfrapp haven’t recorded a theme for a James Bond film yet. They were reportedly up for the honor in 2006, only to be rejected because they were “not macho enough” for producers said to be seeking a steelier, masculine sound, apparently found in Soundgarden’s Chris Cornell. That their rationale only looks more laughable a decade later probably doesn’t lessen the sting of being passed over on the basis of being a woman-fronted act. Goldfrapp don’t need a Bond theme, of course, but they deserve one, and Silver Eye is some of the best evidence in their favor. It’s even kind of “macho,” dare I say, in a tasteful, technologic Bond way: hard-edged and unemotional, with a precise, titanium finish.

An alternative cosmology of Goldfrapp: There are two poles of Alison Goldfrapp and Will Gregory’s electropop band. The first is glammy, disco Goldfrapp, the sound of their classics: “Strict Machine,” Supernature. The second is romantic, cinematic Goldfrapp, the band that wrote a perfect song called “A&E,” and also the band that felt liberated to record goofy shit like a Danny Elfman-esque carnival soundtrack called “Oompa Radar.” There’s a lot in that second category, but that’s because Disco Goldfrapp is by far the stronger half—there’s a reason you don’t think of them as a quirky folk duo. Romantic Goldfrapp was most recently dominant, on 2013’s rather one-note Tales of Us. By any measure, we’re overdue for a return pendulum swing. Silver Eye is it, and also darkest and most robotic incarnation of disco Goldfrapp to date.

For 2017, the band has enlisted help from broody industrial soundscape producer the Haxan Cloak (a.k.a. Bobby Krlic) and well-traveled indie rock all-rounder John Congleton (who’s worked with acts like St. Vincent, Chelsea Wolfe, and Xiu Xiu). The album opens with lead single “Anymore,” a massive dance floor squelch whose boomeranging riffs and whistles play like the lunar echo of Madonna and William Orbit’s production on “Ray of Light.” Thematically, it’s of a piece with Supernature’s lusty opener “Ooh La La,” but as Alison Goldfrapp moans, “Ooh, connect me / Ooh, to the other side,” she sounds more like an android begging to be plugged into the grid. “Anymore” leads a strong opening set, followed up by “Systemagic,” a good house-pop song with a title that’s maybe too on-the-nose regarding how Goldfrapp works, and then “Tigerman,” where Haxan Cloak’s touch becomes apparent in a synthesizer arrangement suitable for a space documentary soundtrack.

Romantic Goldfrapp aren’t gone; they peek out on later songs like “Beast That Never Was” and “Everything Is Never Enough.” Those two tracks, coincidentally, are the only ones on which neither Congleton nor Haxan Cloak are credited. The most memorable sounds of the second half—the gothic char of “Zodiac Black” and pulsing grind of closer “Ocean”—bear the fingerprints of Goldfrapp’s collaborators. “Ocean” in particular is so heavy and foreboding that it practically has to end the album, for fear of sinking it if were it to appear any earlier in the sequence. Its final line, reedy and distorted, is, “They’re coming for you,” nearly as chilling a closing as it’s possible to imagine. 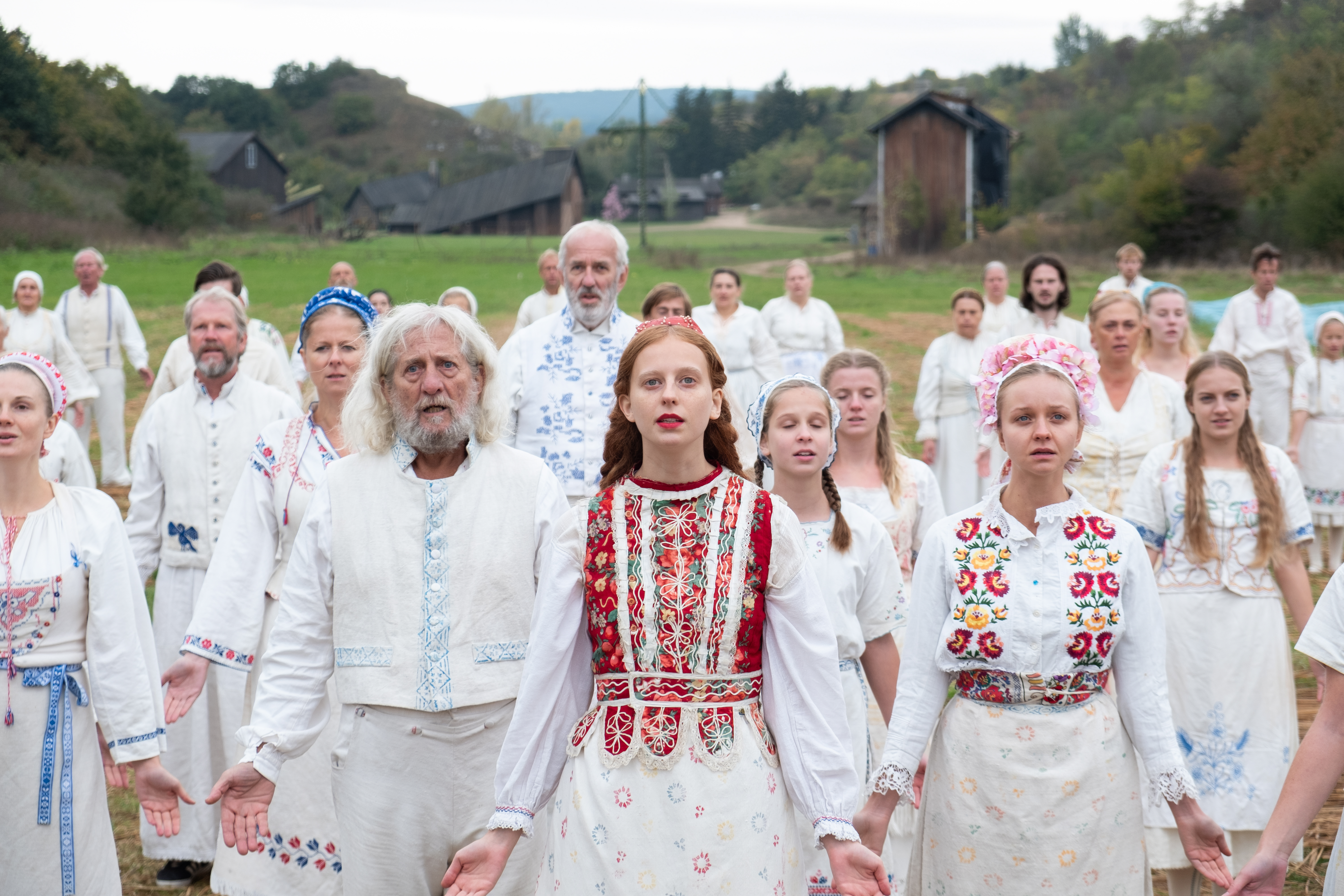 Industrial dystopia disco looks good on Goldfrapp. Somewhere between your fifth and sixth listen to Silver Eye, though, you’ll wonder: Are they just deadly serious now? There’s all manner of bleakness and Dracula synths, but seemingly very little of the humor of the band who recorded a carnival soundtrack, who dressed up like T. Rex for the “Ooh La La” video, who wrote a song called “Cologne Cerrone Houdini.”

Unlike, say, ANOHNI, Goldfrapp’s dystopian electro doesn’t reference real-life events in its search for inner horror and anxiety. The failure to evoke anything specific is what gives Silver Eye its aloof, Bond-theme posture, but in another light, it’s alienating. “Become the one / You know you are,” Alison Goldfrapp intones on “Become the One,” urging us to merge with… the void? The matrix? Lyrically, the song goes nowhere, and the breakdown in narration plays like the loop of a machine brain. Maybe there’s just not much to laugh about these days, but the common pleasure in Goldfrapp’s many stylistic directions is escapism—to a dream, a film, a dance floor. Lately, their fantasy looks nearly as bleak as our reality.