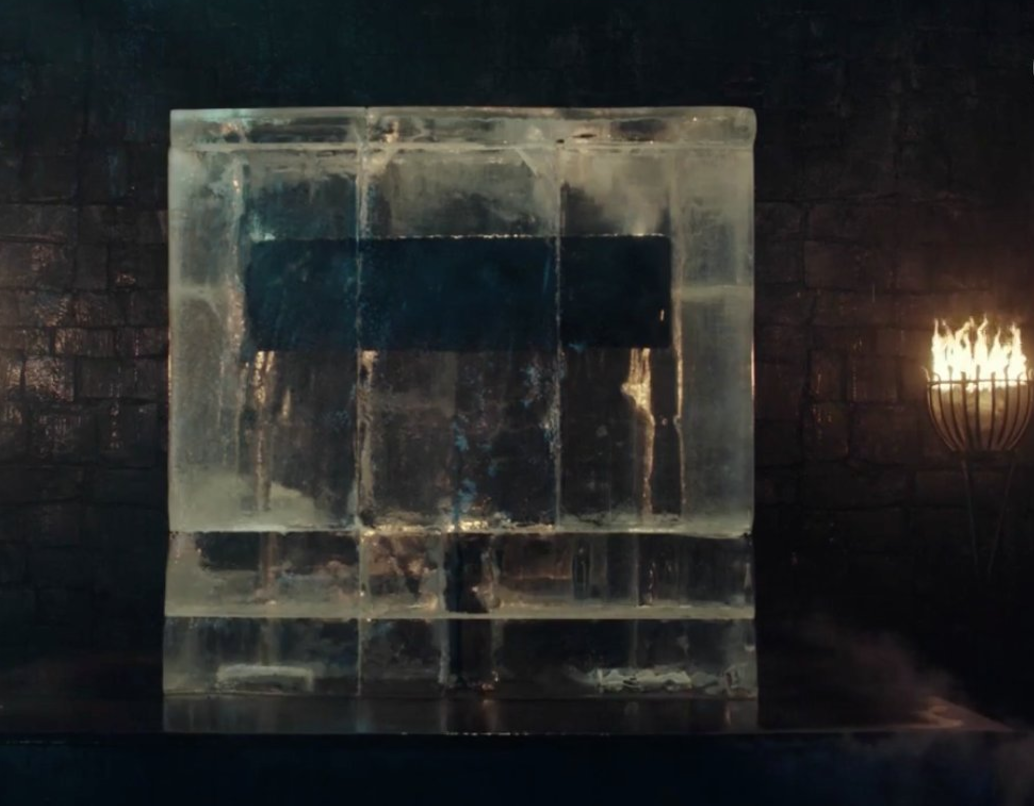 Here’s hoping the new season of Game of Thrones isn’t as dumb as the way HBO has chosen to reveal its release date. The show’s Facebook page is currently hosting a live broadcast featuring a giant block of ice, inside of which is the hidden date of the season premiere. It’s set up in some temple or dungeon or other; huge blasts of fire are being shot onto the ice to gradually melt it and therefore reveal the date, which is definitely going to be this summer or something.

Fans rabid enough to sit through this have been encouraged to write “FIRE” in the comments, as if this will somehow speed up the rate at which the fire is coming. Stars from the show pop in on the side of the screen to offer encouragement and make funny faces. (Theon/Reek just showed up to blow some Snapchat-looking digital fire, for instance.)

Rally the realm.
Type “FIRE” in the comments to reveal the #GoTS7 premiere date: https://t.co/n2OD9oooPC pic.twitter.com/IJHTwbWki5

Apparently, there are codes to solicit other reveals:

It’s dumb, and beware, it’s been glitching out periodically. Nonetheless, we’ll update with more information as it comes.