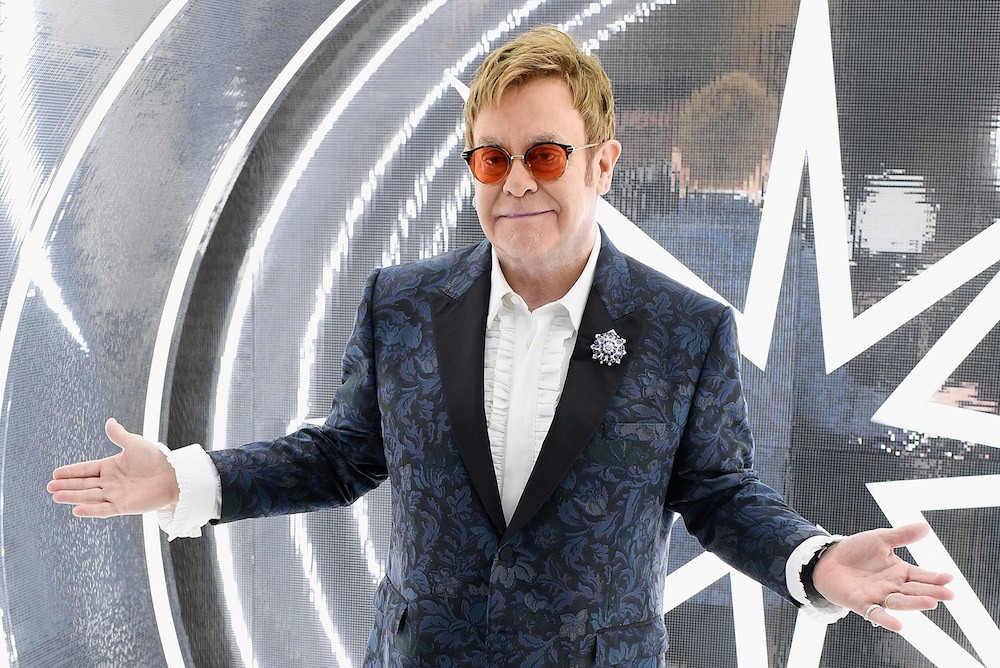 While in Vancouver yesterday, Elton John stopped into Beat Street Records with a pair of bodyguards for a little shopping spree. According to the manager of the store, the first thing the legendary musician asked for was not his own 2016 album Wonderful Crazy Night, or something by one of the current-day musicians who owe his work a great debt, but a record by the facepaint-wearing, quick-spitting, Scott Ian goatee-having Kansas City freakout-rap lifer Tech N9ne.

Here’s an excerpt from the CBC’s brief story about Elton’s outing:

“He asked my boss if we had any Tech N9ne, like, the gangster rapper and I was not expecting that,” Tomchyshen laughed, referring to the Kansas City-based artist.

At 69 years old, John is still a voracious consumer of new music, hip-hop included. He’s an avowed fan of Young Thug, who he’s hung out with in Atlanta and compared to John Lennon, and of Big Sean, who he once approached at a party to gush over his new album, plus he put guest vocals on “Solid Wall of Sound,” a “Bennie and the Jets”-sampling standout from A Tribe Called Quest’s We Got It from Here… Thank You 4 Your Service. Still, of all the rappers in the world, there are few whose presence on John’s playlist would be more surprising than Tech, a guy who gets no radio play or mainstream media coverage to speak of, and whose fanbase includes a significant swath of Juggalos.

Unfortunately for Elton, Beat Street didn’t have any Tech N9ne albums, so he settled for Little Feat, Devine Brown, Linda Ronstadt, Morris Day, and “all the Scritti Poliiti we had.”