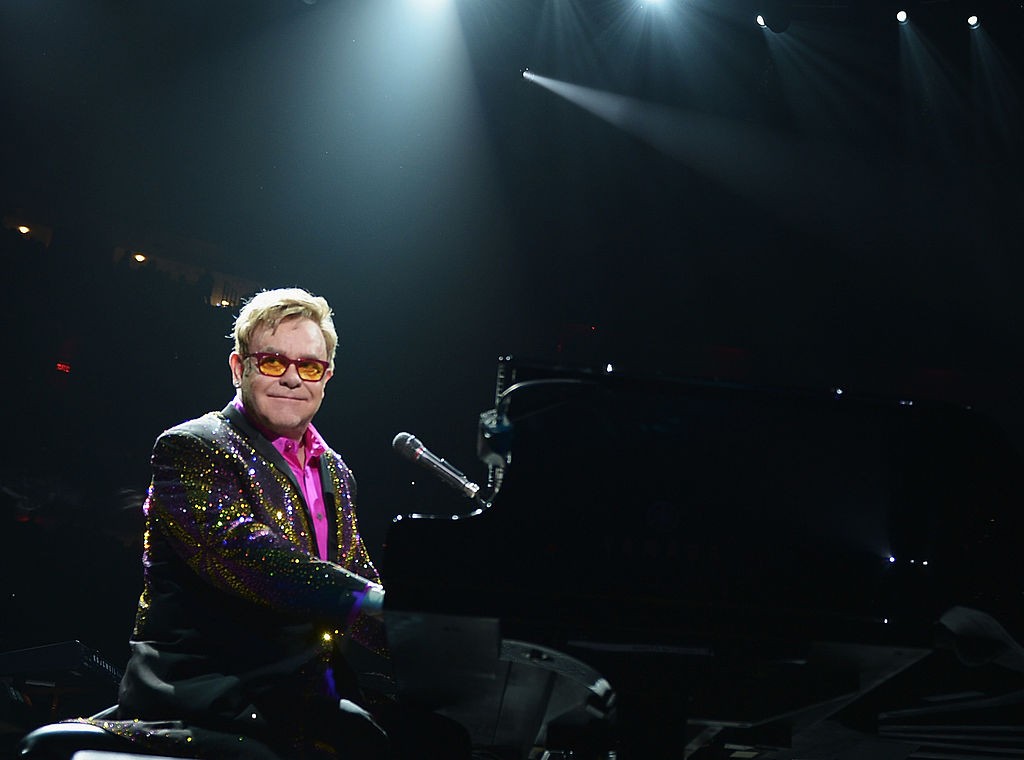 Last night, Father John Misty spoke to Elton John, who apparently has been a fan of both Misty and his former band Fleet Foxes for “a long, long time,” on John’s Elton John’s Rocket Hour Beats 1 show. In their brief interview, John asked FJM about the creative process behind his new album, Pure Comedy. John avoided bringing up the normal discussion of the lyrical shock value of Misty’s most recent songs, the most pervasive talking point in recent interviews with the singer-songwriter. “You seem to love that ’70s kind of vibe,” John reflected, astutely.

They agreed about the wonders of tape compression over the sound of digital recording, and the benefits of tracking songs live in the studio rather than assembling fussily on ProTools. “I wanted to assemble the fewest number of moving parts,” Misty explained. “What you end up with is space,” John said. “I’m afraid with Pro Tools you’re always tempted to put everything but the kitchen sink on things.”

John claimed to have both of Misty’s albums on vinyl, and said he spins them regularly. (We know he’s an omnivorous listener, at least.) Listen to a couple of clips from their interview below, and find the full episode here.