Watch Diddy and the Brooklyn Nets Honor the Notorious B.I.G. on Biggie Night 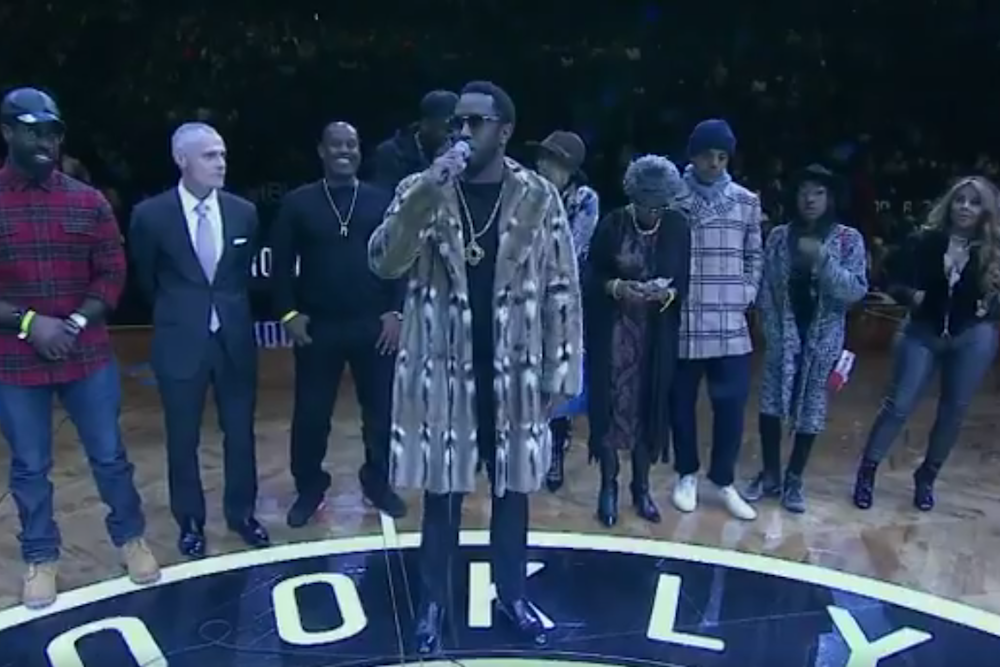 Sunday night’s Knicks vs. Nets game was also Biggie Night at Barclays Center, where friends, family, and fans gathered to honor the Notorious B.I.G. days after the 20th anniversary of his passing. The attendees included Lil’ Kim, Faith Evans, his mother Voletta Wallace, and of course, Diddy.

During the ceremony, the Nets permanently retired Biggie’s #72 jersey and raised it to the arena’s rafters. The jersey has arguably Biggie’s most famous line: “Spread love, it’s the Brooklyn way” Watch the moment below.

Staffers from VIBE, Billboard, and SPIN talked about the Notorious B.I.G.’s legacy on the anniversary of his death—view the conversation here.