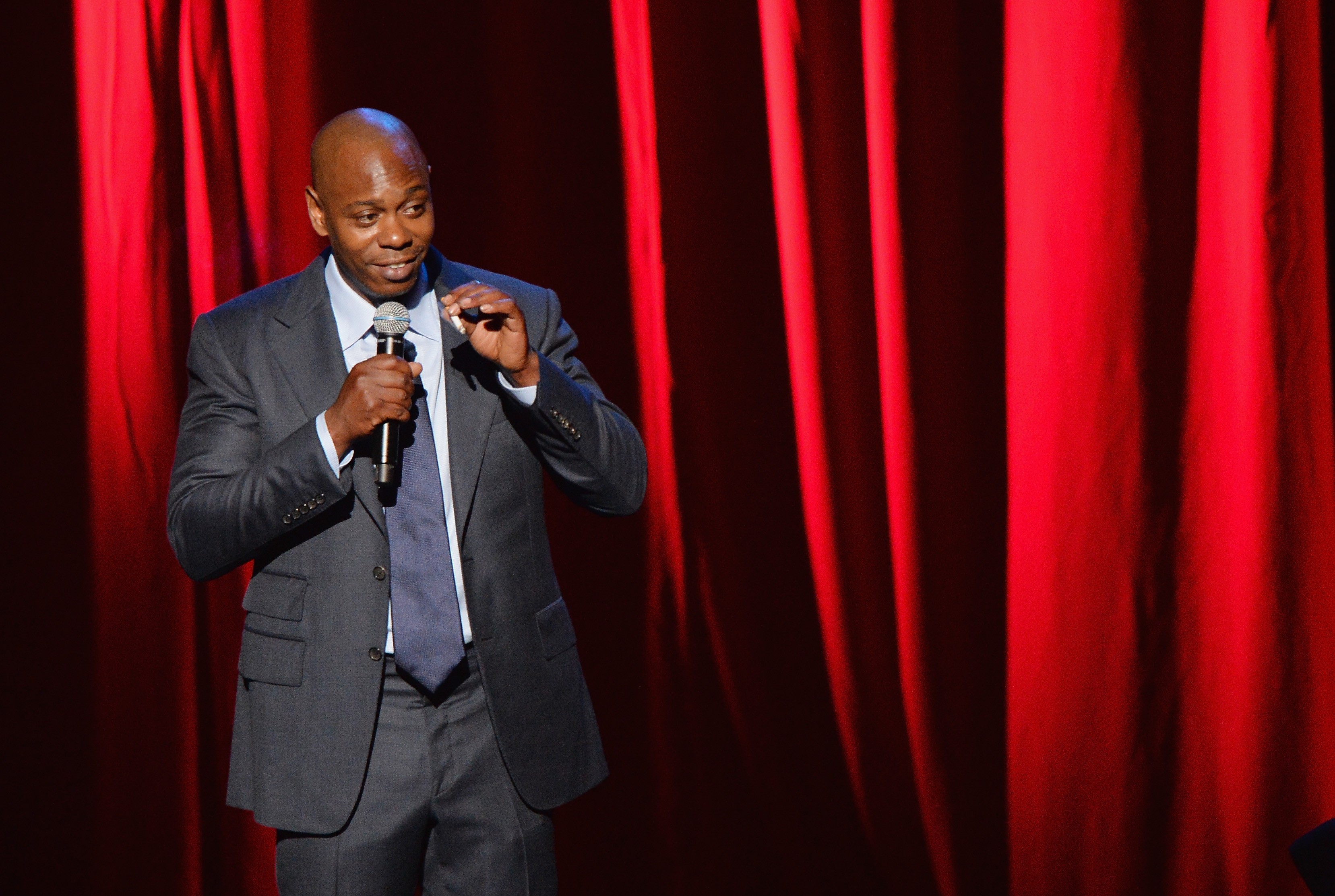 The press-averse Dave Chappelle gave a rare interview to The New York Times in advance of the release of his two new stand-up specials, Deep in the Heart of Texas and The Age of Spin, which are set to premiere on Netflix this coming Tuesday. They are two of three that Chappelle has signed on to release with the streaming service. The first two specials were recorded prior to Chappelle inking his $60 million deal with Netflix; Chappelle told the Times that he had pulled them from an archive of  “hundreds of hours of high-quality audio recording of shows” he made after ending The Chappelle Show in 2006.

In the interview, Chappelle opened up about the difficulties of refocusing on standup and developing comedic material in general in the Trump era: “He’s so skewed, it’s hard to find an angle that sounds fresh. If you talk about him, it’s almost like you’re part of the chorus and not a soloist.” Chappelle also commented on his relationship with Prince, a hero of his who he also, of course, famously impersonated:

“I didn’t know him that well, but the times that we hung out were fun and very memorable and often funny. He was very generous with his advice, and he was very generous with his access. He let me see some of his process. ..He used to have these parties where we would go over to his house, and there would be all these musicians that I admired, and they’d just do these jam sessions in the basement. Everybody at the party was playing something.”

Chappelle also discussed Bill Cosby, who is currently in the midst of legal proceedings stemming from allegations of sexual assault made by nearly three dozen women.

“The Bill Cosby thing was tough for me,” Chappelle said. “I’m not saying that to detract from his alleged victims at all. But he was a hero of mine.” He continues “…Bill just looked like one of the guys who was going to get to the finish line and just die of old age. And this happened. Jesus Christ. It’s awful.”

You can read the full thing here, with additional discussion of Prince, his Saturday Night Live hosting gig, and more. Watch the preview for the Netflix specials below.