“Classic” Festivals Will Feature Fleetwood Mac, Steely Dan, and Incomplete Versions of Other Bands You Love 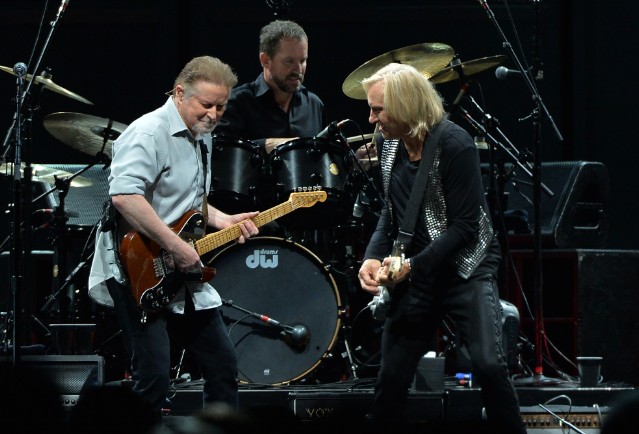 If you missed Desert Trip (aka Oldchella) last year, or just prefer your classic rock a bit smoother, the Classic East and Classic West festivals might hit the spot. Fleetwood Mac posted the official trailer for the bicoastal festival on their Facebook page today, confirming the rumored lineup of Fleetwood Mac, The Eagles, Steely Dan, Journey, Earth, Wind & Fire and The Doobie Brothers for the bicoastal shows. (There will be one in New York City and one in Los Angeles.)

This roster is apt material for a good game of “Fuck, Marry Kill”–for me, it would be fuck the Doobies, marry Steely Dan, kill Journey, probably. Another consideration to make when playing the game, or judging whether you want to shell out $150 for nosebleed tickets, is figuring out how many original members each band has. The incomparable Fleetwood Mac and Steely Dan still have their classic lineups. (Christine McVie returned to the Mac in 2015, and Steely Dan has always been essentially Donald Fagen, Walter Becker, and whoever they let play solos for them.) The Eagles are largely intact, minus founding member Glenn Frey, whose passed away early last year.

But with the other major acts, there are also major omissions: Journey is without iconic lead singer Steve Perry and Earth, Wind and Fire is absent its late, great bandleader Maurice White and features only 3 first-wave members: Philip Bailey, Verdine White, and Ralph Johnson. The Doobie Brothers will not satisfy fans of the band’s funky Michael McDonald era; the “What a Fool Believes” mastermind is fully focused on his soul-and-gospel-infused solo material, despite indulging a Doobies reunion stint between 2005 and 2010. But old-school Doobie devotees can look forward to being treated to the bluesy stylings of founding members and singer/songwriters Tom Johnston and Patrick Simmons.

“The Classic West” will come to take place on July 15 and 16 at Dodgers Stadium in L.A., and “The Classic East” on July 29 and 30 at Citi Field in NYC. Tickets go on sale at 10 am EST on April 7–read more over at the festival’s website, and watch Live Nation’s official trailer below.