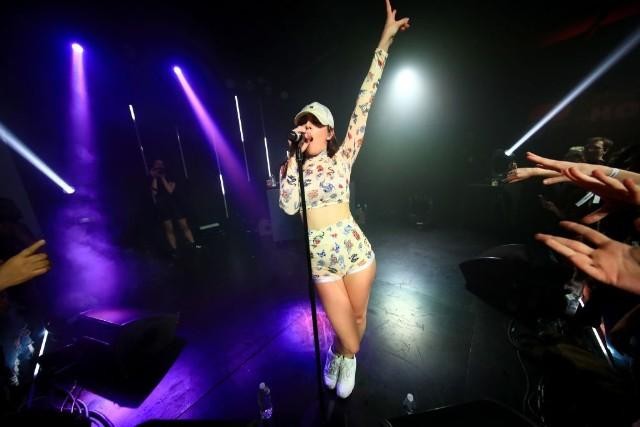 A day after premiering three new songs—“Pull Up,” “Dreamer,” and “Lipgloss,” —on MistaJam’s BBC Radio 1 show, Charli XCX has announced the full tracklist for Number 1 Angel, the mixtape from where those songs come from. Along with MØ, CupcakKe, RAYE, and Starrah, who appear on the three songs she played yesterday, the mixtape features contributions from Uffie and Abra, with production from PC Music’s SOPHIE, Danny L Harle, and A.G. Cook.

The mixtape follows a rough patch with her label Asylum Records, from which she launched her own Vroom Vroom Recordings now over a year ago. In her conversation with MistaJam, Charli said her long-awaited third studio album has been done “for a while now.” “After the Afterparty,” her single with Lil Yachty, and “Bounce,” a song she debuted on Jimmy Kimmel, don’t appear on Number 1 Angel.

The mixtape will be available March 10 on all streaming platforms and will be followed by select tour dates in April. Check out the track list and tour dates below.