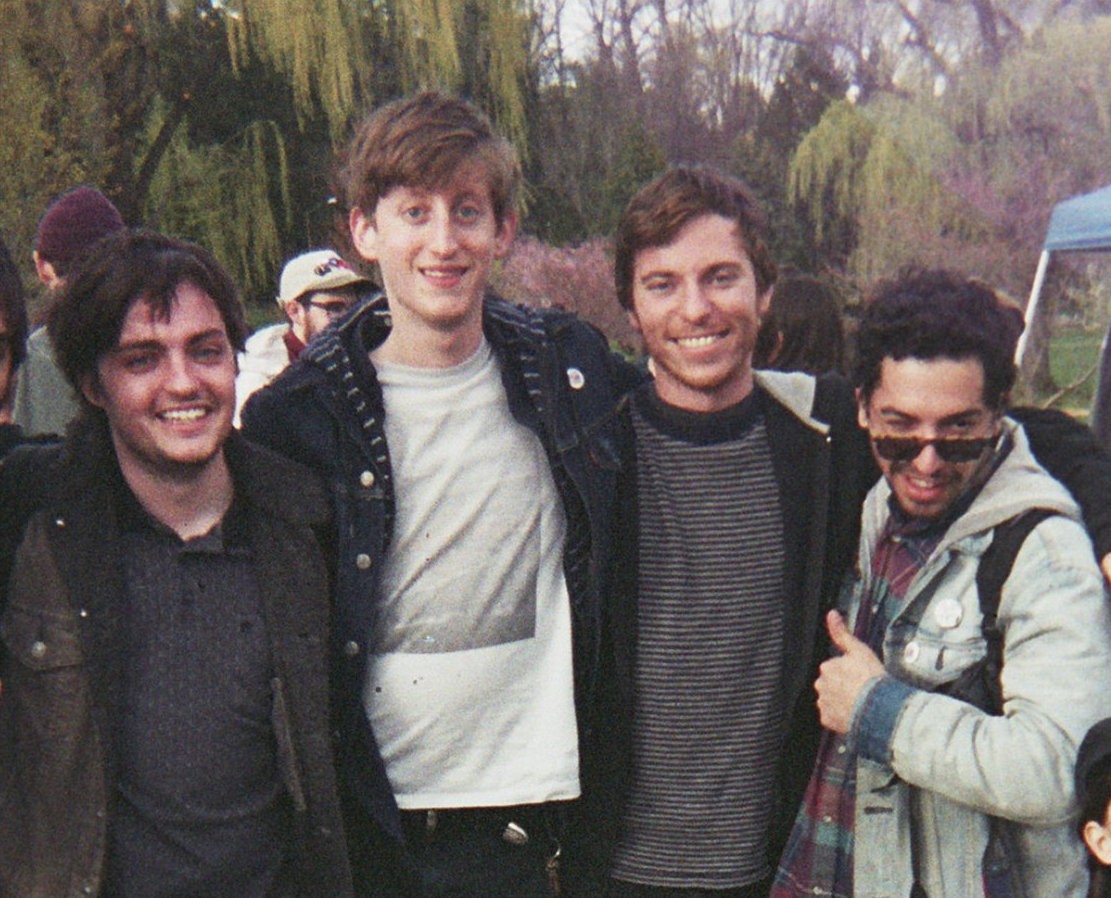 Despite their presence in the Brooklyn scene for some time now, Cende—who feature members of Brooklyn mainstays Porches and LVL UP—have released very little music to their name. At the beginning of 2016, the band dropped an incredible 7″ EP with Steakhouse Records, the loose label behind the now-defunct Bushwick venue David Blaine’s The Steakhouse, and have since performed alongside bands like Priests offshoot Gauche and Palm.

Today, they’ve thankfully released a new song. With a steady punk intensity lashed together through chorus and reverb, “Bed” offers a tamer take on the all-out chaos of their EP. Harmonizing atop a steady bassline, Cameron Wisch sings about struggles with self-doubt and “thoughts of letting yourself down versus letting someone else down,” as he shared with The Fader. “Lyrically I wanted to try being super literal, kind of wearing my feelings on my sleeve. I had been listening to a lot of ’60’s music and was inspired by some of the simple and cheesy yet heartfelt lyrics from that time.”

Their debut album #1 Hit Single will be released May 26 via Double Double Whammy. Check out the single below.