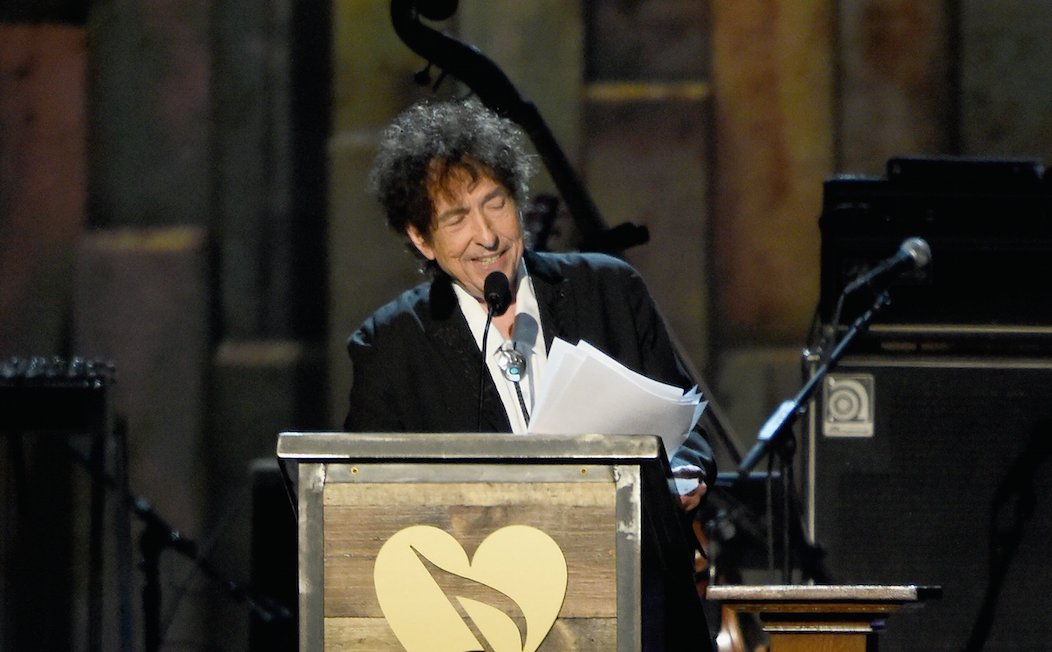 Bob Dylan has been busy in the past several months: touring the world, readying his new triple-album of standards Triplicate (out this Friday), mounting an art show in the UK, and so on. The one thing he has not paused to do is fulfill any of the protocol associated with being awarded the Nobel Prize in Literature. Yes, he showed up to perform at Tony Bennett’s 90th birthday gala, but he missed the Nobel Prize concert, and Patti Smith performed in his stead. In fact, Dylan has not found occasion, in any capacity, to meet with the Swedish Academy to accept the Nobel Prize. He has also not yet delivered the lecture that awardees are required to give if they want the prize money, which comes to around $900,000. His deadline for doing so is June 10.

But it seems that time is running out at this point, and Dylan is willing to at least mostly fulfill these obligations while on a tour stop in Stockholm this weekend, according to a new blog entry from the Academy and a BBC report. Professor Sara Danius has announced that Academy members will be meeting with Dylan in a private session, “according to Dylan’s wishes,” which the legendary singer-songwriter is in town, and that he will deliver a lecture…on tape. This is not the first time this has happened: A list of recorded Nobel lectures shows that Alice Munro is the only other awardee in the Literature category to do this in the last 15 years.

Hopefully, the lecture will cover some of the territory explored in the fascinating, in-depth interview with writer Bill Flanagan that Dylan published on his website last week. Read that here.