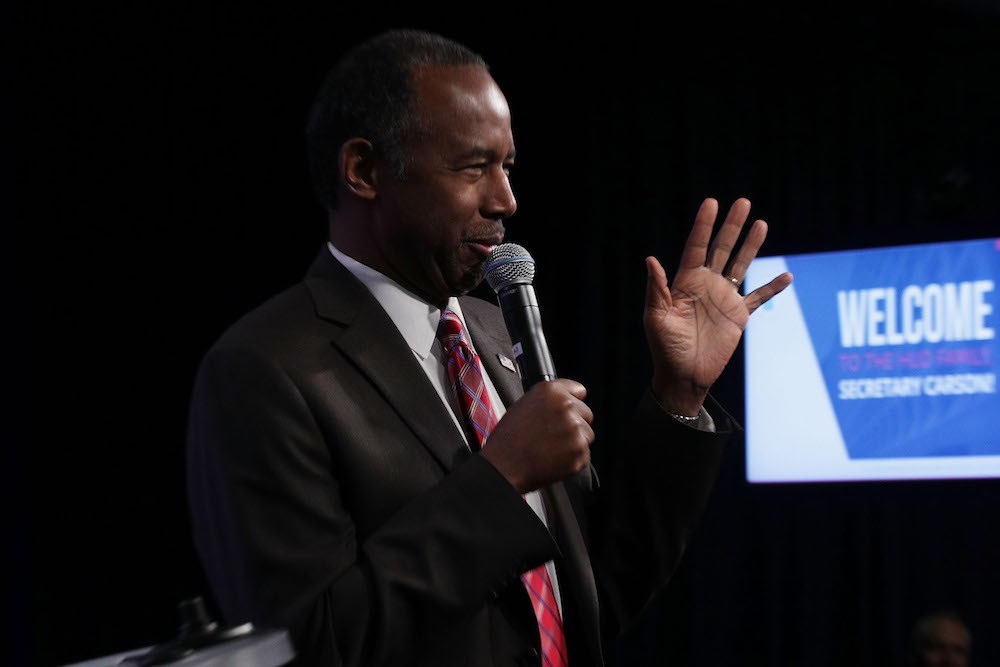 Failed presidential candidate and alleged brain surgeon Ben Carson is also the head of the U.S. Department of Housing and Urban Development, and today, he gave an address to the department’s staff. If the purpose of the speech was to instill confidence into his department, he failed miserably, as every point he made fell to the wayside after presenting this piece of alternative black history in his half-witted whisper (emphasis ours):

It would’ve already been inexcusable if this was Carson’s first conflation of stolen and brutalized bodies with the American Dream. What pushes this into abysmal surreality, though, is that he’s merely doubled down on this concept: In a November 2015 debate, Carson said the country grew from a newly independent nation to an economic power because “we had an atmosphere that encouraged entrepreneurial risk- taking and capital investment”—with “capital investment” being a fucked-up euphemism for bodily plunder. It’s been over one year, and Carson is still getting his history lessons from Jeff Sessions.

Bizarre, but this is 2017. If it sounds like we’re making this up, it’s because we’re not. Watch below.

“There were other immigrants who came here in the bottom of slave ships…” pic.twitter.com/WkFrm3dYCB