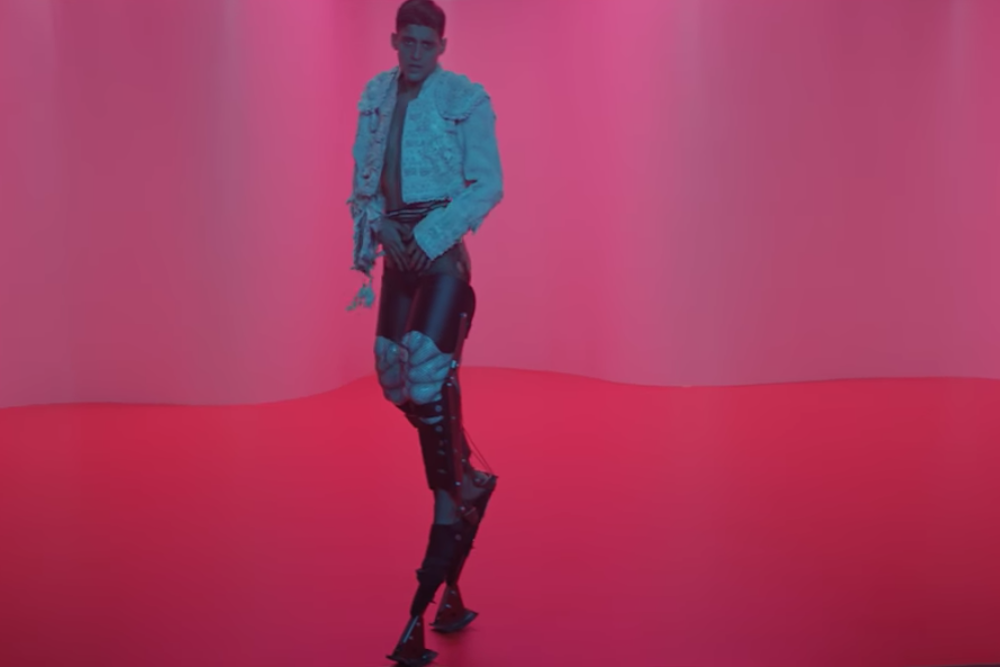 In advance of his self-titled third album, the singular electronic composer and producer Arca has shared “Reverie,” a new song and accompanying video. The track is in keeping with everything else we’ve heard from Arca so far, with Alejandro Ghersi’s operatic vocals at the center of a crisp and woozy arrangement of synths. The video, directed by Arca’s longtime visual collaborator Jesse Kanda, shows Ghersi as a matador on stilts, singing and slowly dancing in a pink room, before things go gruesomely awry. Watch it below.