A Documentary About Infamous Trump Advisor Roger Stone Is Coming to Netflix, and It Looks Fantastic 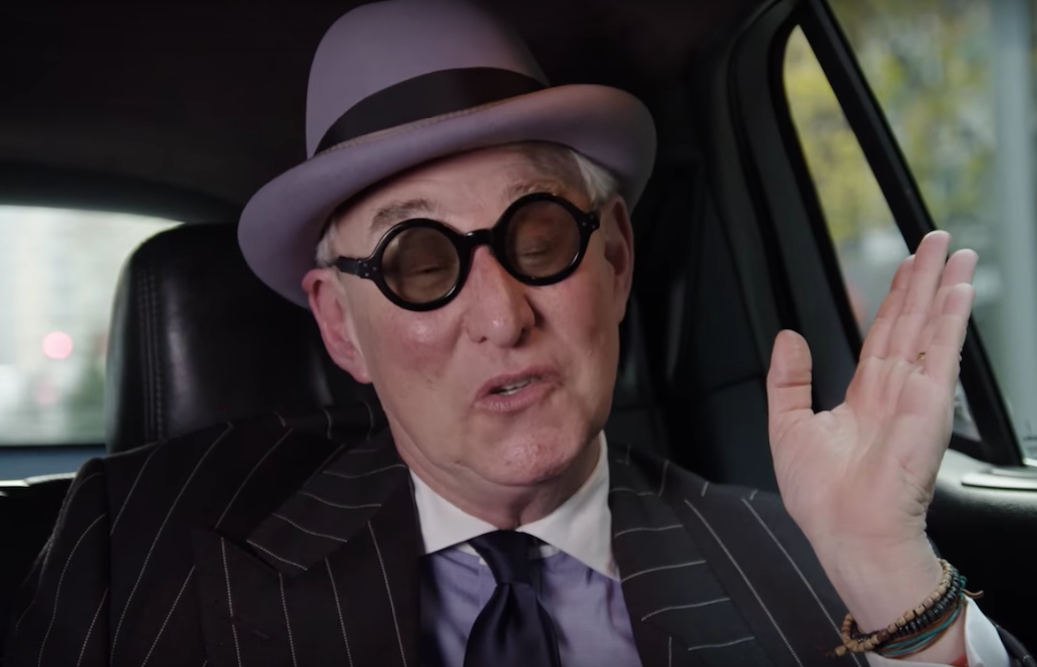 Thanks to his alliance with Donald Trump, the political operative Roger Stone has made himself known to even casual followers of politics over the last year, with his outlandish outfits and claims that agents of the deep state are attempting to kill him. But Stone has been wearing funny suits and advising the powerful and paranoid in America for decades, starting with the dirty tricks he used to help re-elect Richard Nixon as president in 1972, and he’s got the Nixon back tattoo to prove it. Once, Stone donated money under the guise of the Young Socialist Alliance to Pete McCloskey, one of Nixon’s Republican competitors, then slipped the receipt to a newspaper, hoping to show that McCloskey was secretly controlled by left-wing interests.

Now, there’s a new documentary coming to Netflix called Get Me Roger Stone, which will track Stone’s two-faced and theatrical exploits over his long career. The trailer, which includes the claim that Stone started urging Trump to run for president as early as the 1980s, looks riveting. Fans of Boogie Man, the 2008 documentary about the similarly slimy Reagan-Bush consultant Lee Atwater, will want to tune in. Get Me Roger Stone arrives on Netflix May 12. Watch the trailer below.