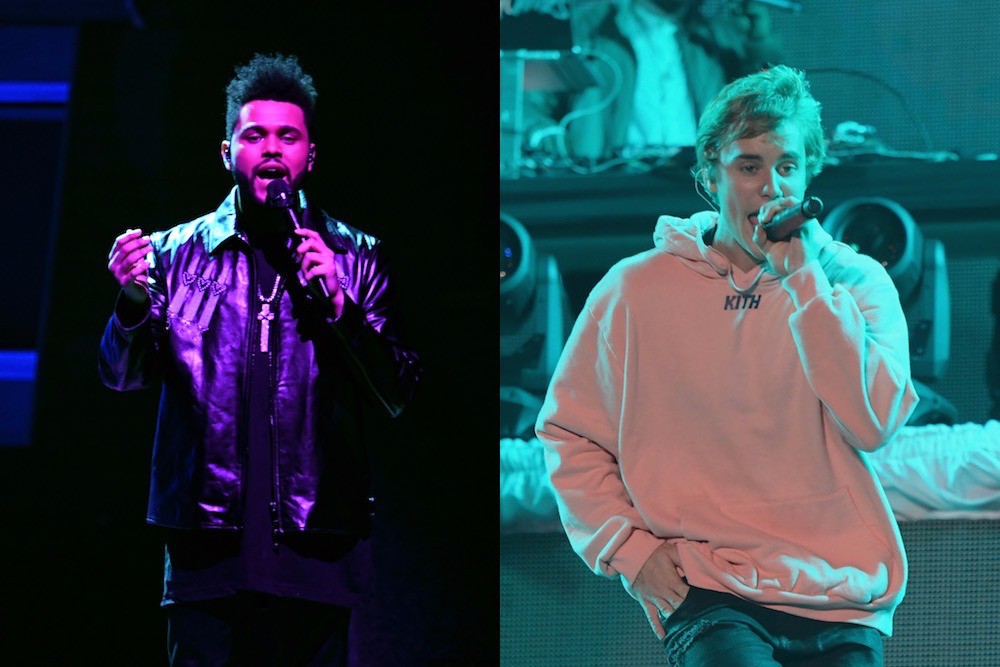 It looks like we’re in for a good beef between the Weeknd and Justin Bieber. The former is featured on Toronto artist Nav’s new song “Some Way,” where he drops what seems like a pointed subliminal at Bieber: “I just took that chick, and I know you feelin’ some way/ She just want a nigga like me, you feelin’ some way.”

Though it’s unclear when the song was recorded, the “she” here may allude to the Weeknd’s current beau Selena Gomez, who is, of course, Bieber’s ex-girlfriend. Bieber’s fellow Canadian has been kissing Gomez on the mouth since at least January.

The potential diss comes after a series of slights from the Purpose singer. Earlier this week, Bieber told his friends that his favorite song was “Starboy,” before laughing uncontrollably. Last month, he told TMZ that he can’t listen to a Weeknd song because “that shit’s wack.” He could also be acting petty because the Weeknd is dating his ex. But with lines like “I think my nuts look better on her face,” “Some Way” is actually objectively wack, so maybe he’s right. You can listen to it below.