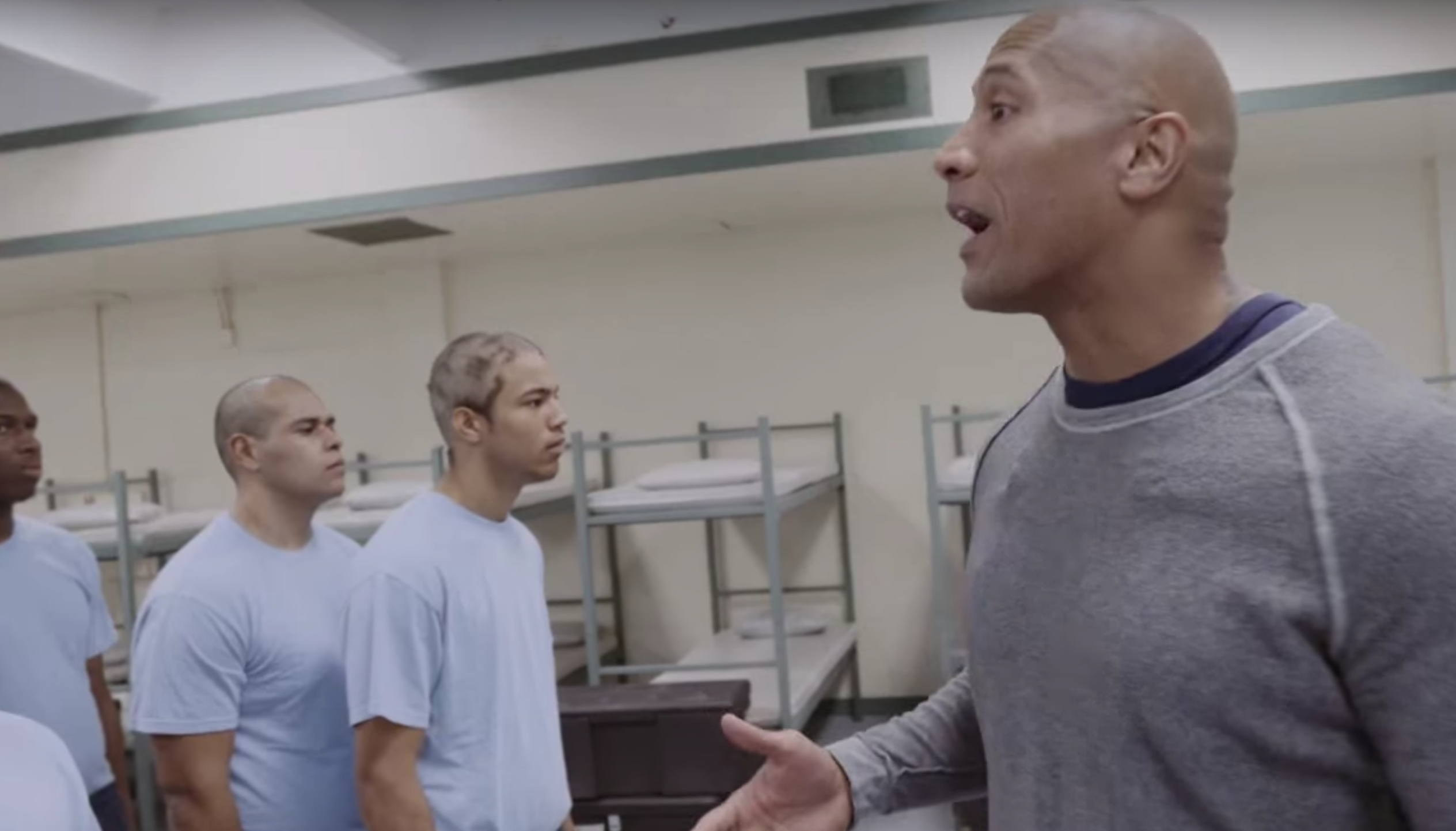 HBO has released the first preview for Rock and a Hard Place, a new documentary produced by and featuring Dwayne “The Rock” Johnson. The film seems a bit too goofily titled given its subject matter: It documents a six-month “boot camp” offered to youth prisoners at a corrections facility in Miami in lieu of double-digit sentences. “I know this boot camp program, and I believe in it,” The Rock tells the group of prisoners in the clip. If inmates do not pass the boot camp, or behave appropriately, then they will return to court to be sentenced.

By all indications, the doc is meant to make the case that a carefully-regimented boot camp system, mixing punishment and rehabilitation strategies, could be an effective substitute for long prison sentences, and a better way to combat recidivism. Rock and a Hard Place premieres March 27 on HBO. Watch the trailer below via The Rock’s YouTube channel.