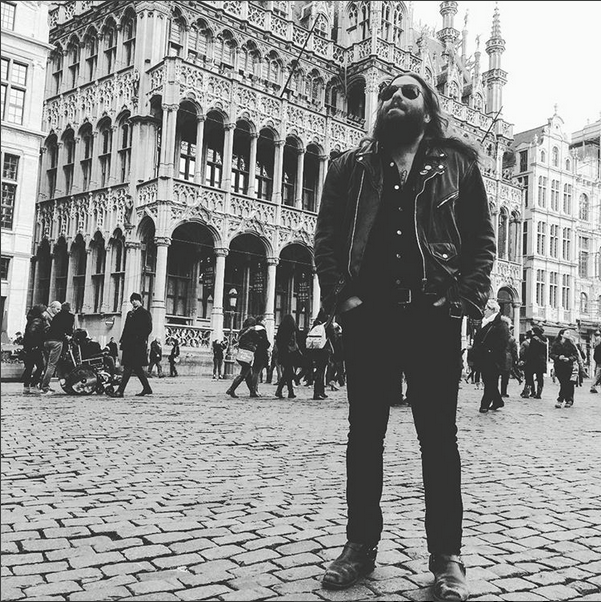 Strand of Oaks’ Timothy Showalter is quite busy these days, immersed in promoting and touring behind his band’s fifth album Hard Love. But the Philly singer-songwriter took time out to offer up some new music in the form of three covers he recorded for Aquarium Drunkard’s Lagniappe Sessions. There are stripped-down, acoustic-guitar-driven takes on The Stone Roses (“Made of Stone”) and Primal Scream (Screamadelica classic “Damaged”), but the biggest surprise is Showalter’s cover of the Phish standard “Dirt,” which he transforms into a psychedelic dirge riddled with backwards noise and delay.

In a write-up to accompany the song, Showalter explained that he was only introduced to Phish last summer, when he attended two nights at Wrigley Field with his manager. “I started listening to a lot of their music and quickly fell in love,” Showalter wrote. “Those two nights at Wrigley we’re some of the most genuinely fun times I’ve had in a long time.”

Head over to Aquarium Drunkard to listen to all three covers, and read our recent profile of Strand of Oaks here.