South Park Creators: Donald Trump is Too Ludicrous for Us to Parody 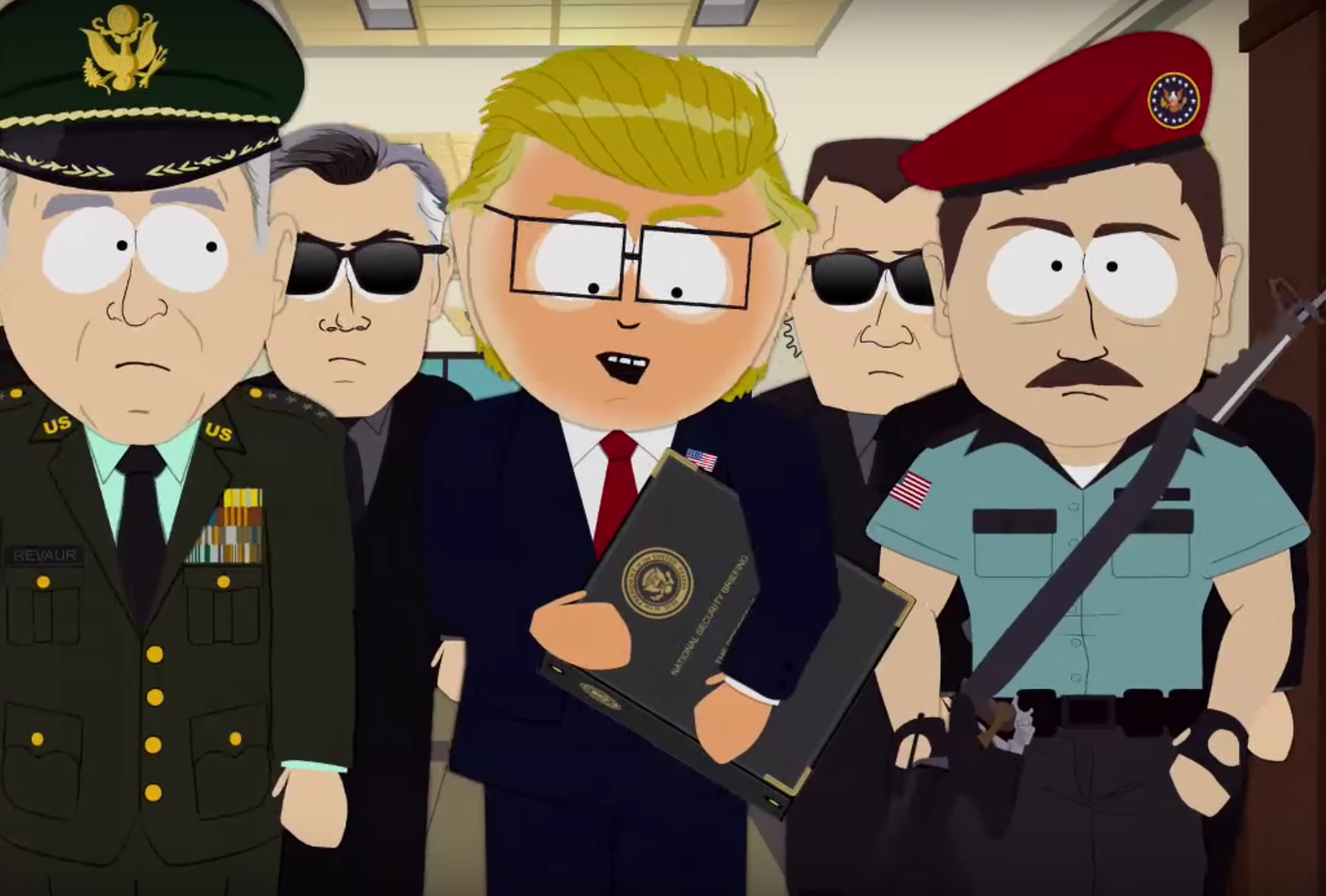 South Park has been around for a full 20 seasons, and has now extended into its fourth American presidency. The aggressively topical show has portrayed an endless string of larger-than-life celebrities, from Kanye West to Angela Merkel to Phillip Glass to Stephen Baldwin, meeting absurd antics with even more absurd send-ups every step of the way. But in a new interview with The Australian Broadcasting Company, show creators Matt Stone and Trey Parker concede that some things are too deeply and abidingly insane to provide room for comedic reimagining.

“[Trump] is really hard to make fun of and in the last season of South Park, which just ended a month-and-a-half ago,” Trey Stone says in the video interview. “We were really trying to make fun of what was going on but we couldn’t keep up and what was actually happening was much funnier than anything we could come up with. So we decided to kind of back off and let them do their comedy and we’ll do ours.”

Season 20 of the show followed the events of the presidential election almost blow-by-blow, but didn’t feature Donald Trump. Instead, the show used character Mr. Garrison as a garish Trump surrogate. Part of the rationale, according to Stone, was that they “didn’t really want to service Trump as a character…We were like, fuck him, we don’t want to give him the satisfaction.”