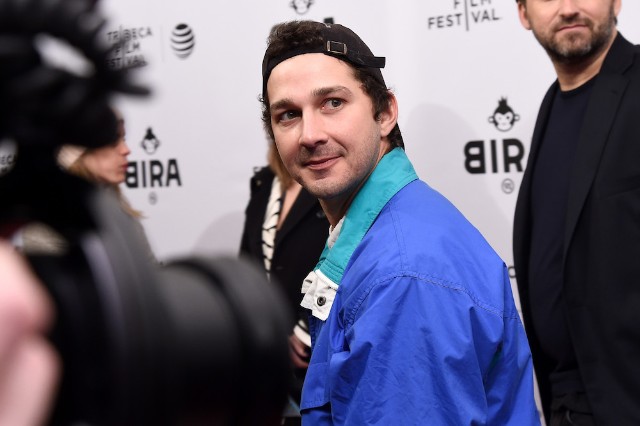 In January, Shia LaBeouf set up He Will Not Divide Us, a live stream protest that took place outside of Queens’s Museum of the Moving Image. The installation was supposed to run for the four years of Donald Trump’s presidency, but it’s met its demise after three weeks. The museum has shut down the project, saying that it’s had become a public safety issue.

“The installation created a serious and ongoing public safety hazard for the Museum, its visitors, staff, local residents, and businesses,” said the museum in the press release. “The installation had become a flashpoint for violence and was disrupted from its original intent.”

The statement alludes to LaBeouf’s arrest late January, which stemmed from a physical altercation with a 25-year-old man during the live stream. The museum’s release says the situation deteriorated after the incident, leading to “dozens of threats of violence and numerous arrests.” BuzzFeed also noted that white nationalists were using online forums in order to disrupt the installation.

As a result, He Will Not Divide Us proved to be too divisive. The website’s stream now only features the text “THE MUSEUM HAS ABANDONED US.”