Report: PWC Accountant Who Fucked Up the Oscars After Tweeting Was Asked Not to Tweet During Ceremony 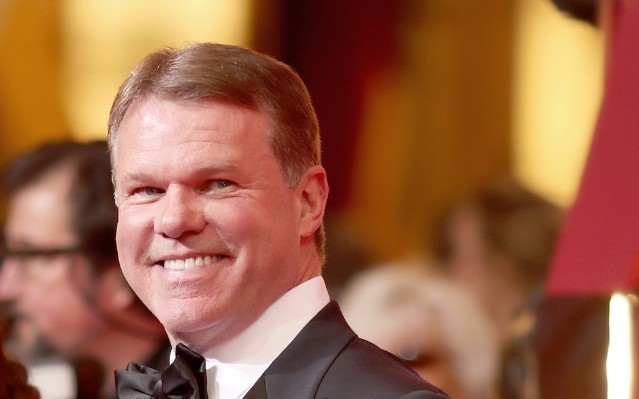 Brian Cullinan, the PricewaterhouseCoopers managing partner who botched the Best Picture award presentation just three minutes after tweeting a backstage photo of Emma Stone, was specifically told not to tweet during the ceremony, People reports.

A source apparently connected to the awards told People that Cullinan was “was asked not to tweet or use social media during the show.”

“He was fine to tweet before he arrived at the red carpet but once he was under the auspices of the Oscar night job, that was to be his only focus,” the source added. “Tweeting right before the Best Picture category was announced was not something that should have happened.”

At 9:05 PST, Cullinan tweeted a photo of Stone holding her Best Actress statue backstage; three minutes later, at 9:08, he handed Warren Beatty a duplicate envelope for Best Actress instead of the envelope containing the Best Picture winner, triggering the biggest mistake in Academy Awards history. The Stone tweet, along with several others Cullinan reportedly sent out during the ceremony, were all later deleted. A screenshot of the Stone tweet is below. 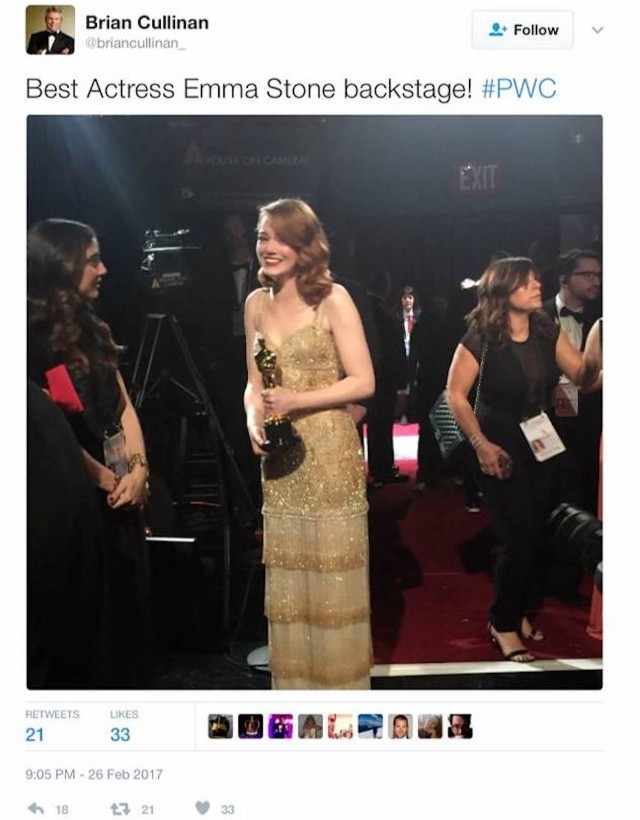