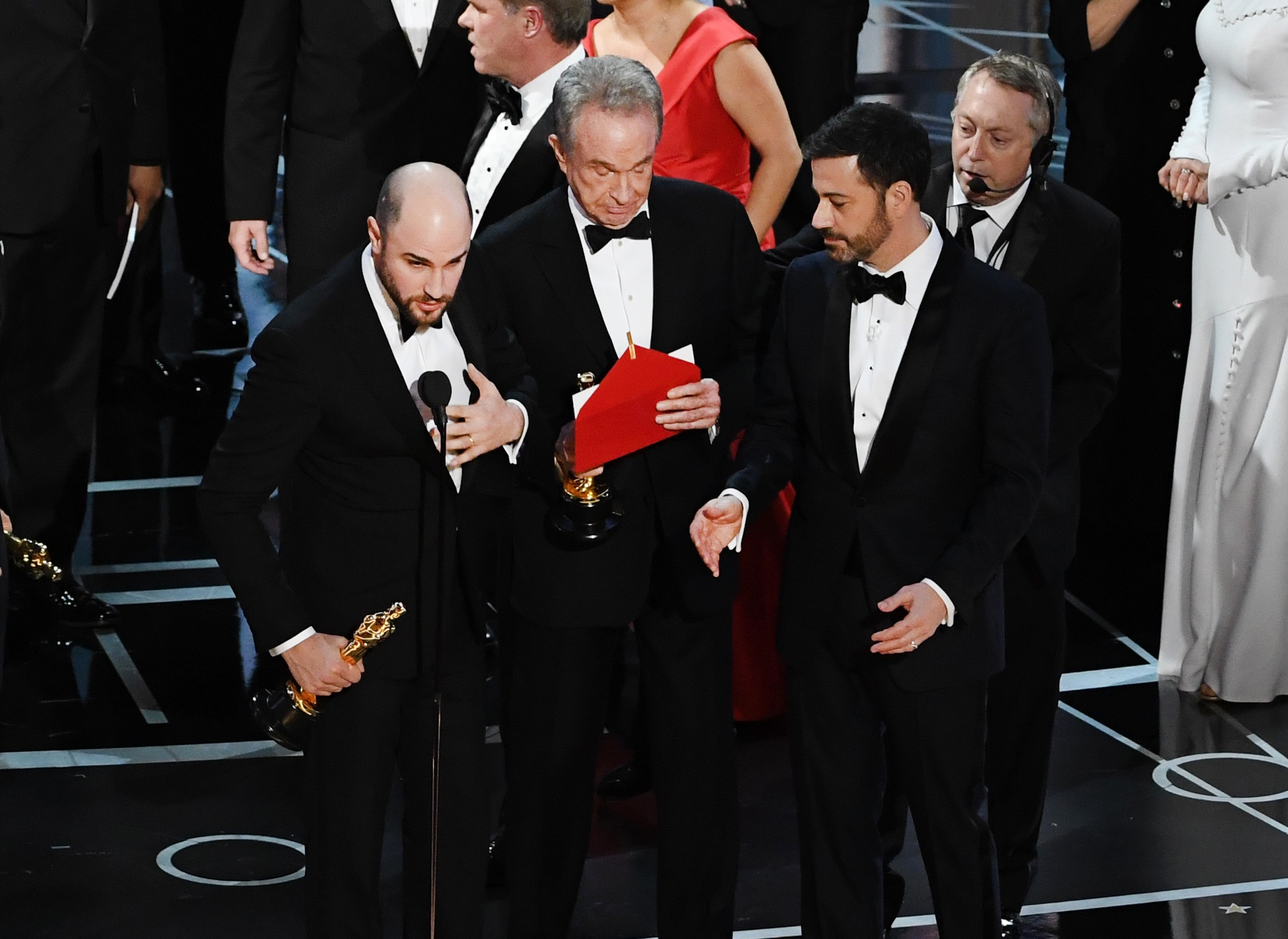 In one of the most insane occurrences in awards show history, the announcers for the Best Picture category at the Oscars–Warren Beatty and Faye Dunaway–handed the award to the wrong filmmakers. Beatty and Dunaway dramatically opened the envelope and announced La La Land as the winner; the giant crowd of cast and crew took the stage and got through approximately a minute of speeches before a confused ripple went through the onstage assembly.

After a few surreal comments and a hurried explanation from La La Land producer Jordan Horowitz, it gradually became clear to everyone that Moonlight had the intended Best Picture winner. Horowitz held up the correct envelope for the cameras to see. Everyone seemed either supremely confused, uncomfortable, or pissed; Beatty, clearly miffed, tried to explain that someone had given him an envelope with Emma Stone’s name in it; Kimmel jokingly ended the broadcast by apologizing to everyone for ruining the show.

Watch the legendary fuck-up below.

WATCH: The moment Warren Beatty gave what appeared to be a second look while opening the Best Picture envelope. #Oscars pic.twitter.com/SJkQYEu75k

Baby Driver Is the Best Movie Musical in Years