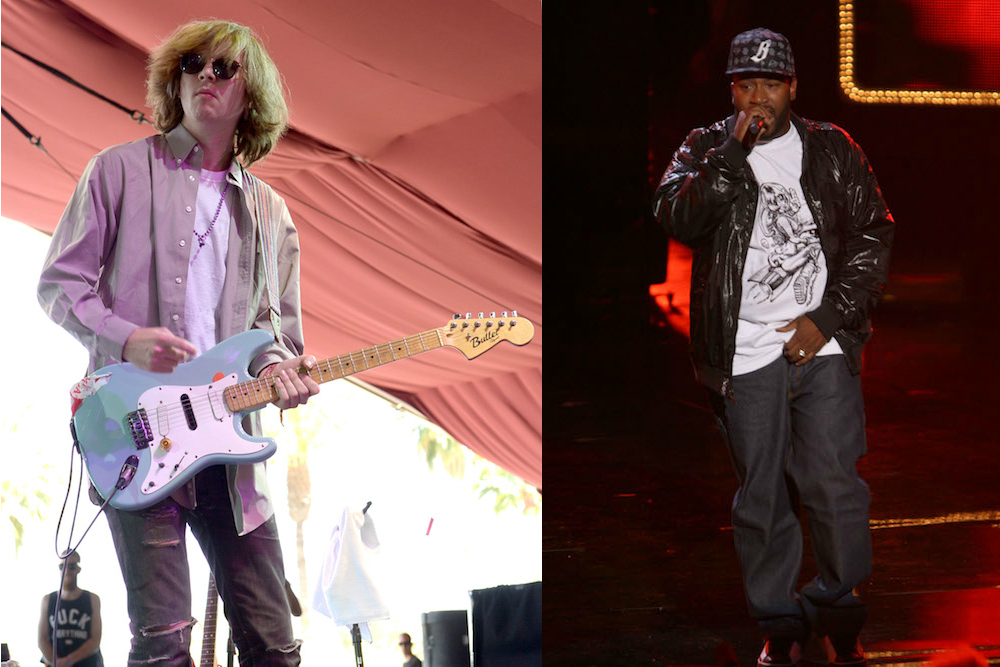 The soundtrack to the 1993 Emilio Estevez thriller Judgement Night is a great oddball artifact of the alternative rock era, with collaborations between rappers and indie rockers that were just sort of breaking into the mainstream: Sonic Youth and Cypress Hill, Mudhoney and Sir-Mix-A-Lot, Dinosaur Jr. and Del the Funky Homosapien, and so on. A newly released version of Parquet Courts’ Odelay-channeling “Captive of the Sun” might as well be a lost outtake from those sessions, featuring rhymes from the Texas rap legend Bun B alongside Austin Brown’s free-associative original verses. It’s not quite a meeting-of-the-minds classic on the level of “I Love You Mary Jane,” but it is a lot of fun. Listen below.