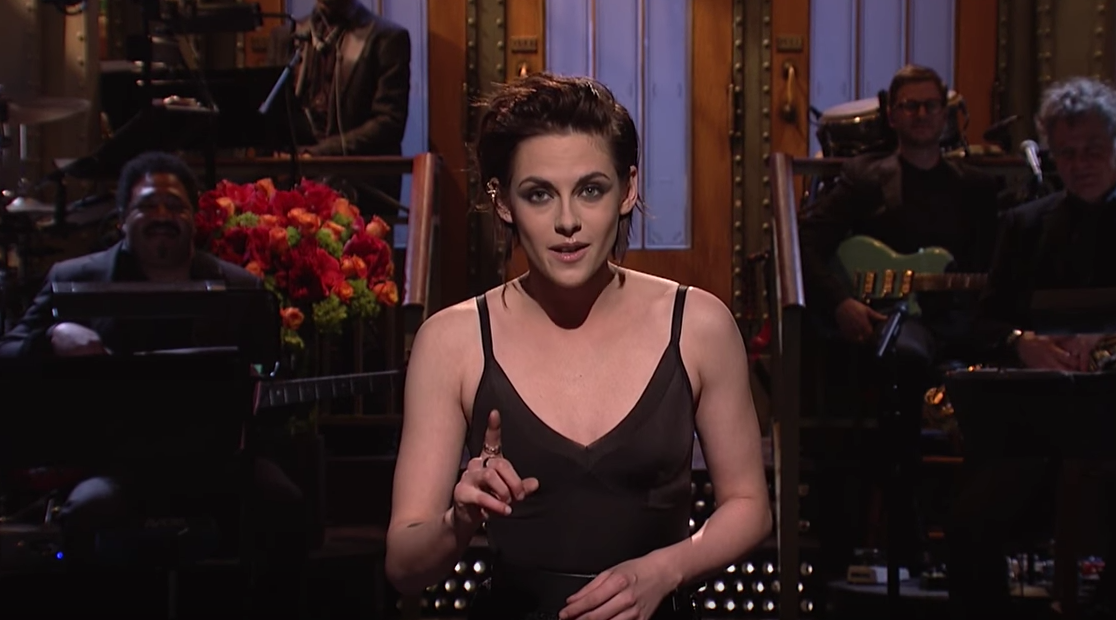 Kristen Stewart took shots at a certain orange demagogue last night during her opening monologue as host of Saturday Night Live. The actress noted the eleven times she’s found herself the subject of Trump’s Twitter rage, saying “I don’t think he likes me that much.” Stewart was referring to a series of tweets regarding her relationship with Robert Pattinson, where Trump’s bizarro, one-sided frustration became something of a viral obsession in late 2012.

“And Donald, if you didn’t like me then, you’re really probably not going to like me now.” Stewart joked. “Because I’m hosting SNL and I’m, like, so gay, dude.”

Stewart then joined the cast for a series of sketches, including a Totinos Super Bowl spoof and Celebrity Family Feud appearance. Check out the clips below.