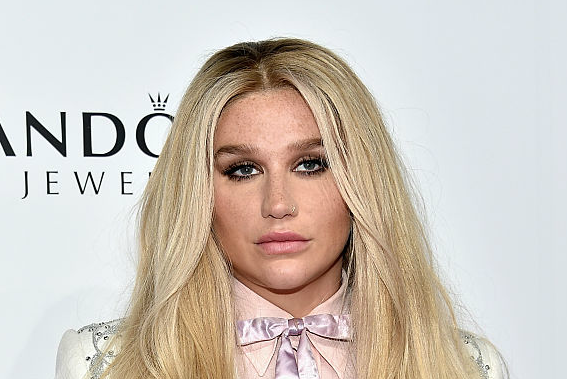 Kesha’s legal battle with Dr. Luke continues in court and in public, with the latest being a Page Six report that Kesha’s camp entered documents into court containing emails from Luke, intended to demonstrate that he belittled Kesha for her eating habits. The singer has previously said that Luke’s comments about her weight caused her emotional distress and led to an eating disorder.

Most notably, the documents show Luke contacting Kesha’s manager, Monica Cornia, in 2012 to report that the singer was eating “diet coke and turkey” while she was supposed to be on a juice fast. Per Page Six:

“We were having a discussion on how she can be more disciplined with her diet. there have been many times we have all witnessed her breaking her diet plan. this perticular [sic] time — it happened to be diet coke and turkey while on an all juice fast,” the producer gripes.

Cornia asks him to be more supportive because she’s “a human and not a machine,” then adds, “if she were a machine that would be way cool and we could do whatever we want.”

Dr. Luke also reveals in an earlier message that “A list songwriters and producers are reluctant to give Kesha their songs because of her weight.”

Another portion of the exchanges concerns two potential lyrics to Kesha’s 2012 single “Crazy Kids,” neither of which ended up making the song:

“I don’t give a s–t what you want. If you were smart you would go in and sing it,” Dr. Luke allegedly told Kesha, according to Cornia.

Recently, both Kesha and Luke sought to amend their respective lawsuit with additional countersuits. Luke’s latest claims revolve around a separate rape allegation Kesha texted to Lady Gaga, while Kesha claims she’s owed back royalties for “Timber,” her 2013 collaboration with Pitbull.

Kesha and her attorneys continue to mislead by refusing to disclose the larger record of evidence, showing the bad faith of Kesha Sebert and her representatives, which is greatly damaging to them. It also shows the tremendous support that Dr. Luke provided Kesha regarding artistic and personal issues, including Kesha’s own concerns over her weight.

Rather than agree to a thorough disclosure, Kesha and her representatives improperly publicized, without Court permission, three out-of-context emails which do not present the full picture regarding the events they concern,” Lepera continues. “For example, these emails do not show that the lyrics of ‘Crazy Kids’ were, in fact, rewritten at Kesha’s request. Any claim by Kesha to the contrary is deceiving the public – just like her other meritless claims of wrongdoing by Dr. Luke. Dr. Luke looks forward to full vindication in Court.