Future on Being a Father: “My Kids Gotta Understand, They Gotta Make a Sacrifice, Having a Superstar Dad” 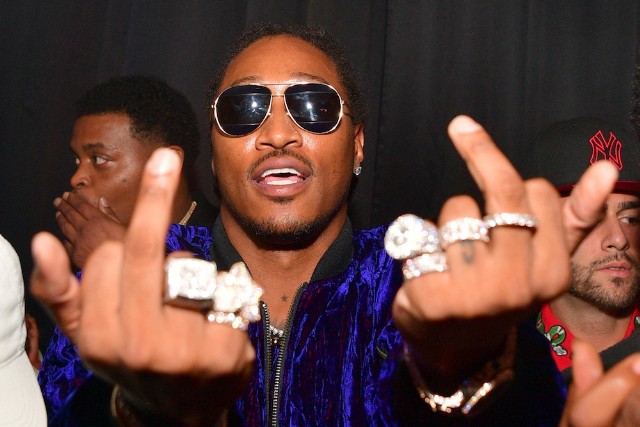 Future sat down with Beats 1’s Zane Lowe to promote last week’s self-titled effort and his fast approaching HNDRXX. The second half of their interview was put online today. The conversation between the two broached the album’s focus (“I believe HNDRXX is more personal”) and his approached to being a father, where Future gave the following quote: ” My kids gotta understand, they gotta make a sacrifice, having a superstar dad.” Mind you, Future has four children, and his oldest just reached his teens.

Here is the entire quote in context (transcribed by Rap-Up):

“You gotta sacrifice so much, even the times with your kids,” he explained. “You have to just do music and you’re becoming this entertainer and so many people require so much of your time for different things, different obligations you have to make money, or just different obligations you have as a person in whatever the situation may be. You gotta leave town and miss out on certain things, that you feel like you should be there. Like, your dad should be a part of this moment. I gotta be like, ‘Damn, man, your daddy really a superstar and entertainer.’ My kids gotta understand, they gotta make a sacrifice, having a superstar dad. My career choice is my career choice. Just stepping out of that zone, to be able to be a provider. I understand my position as a provider and my role as a dad also…Just being able to be comfortable with it. Everybody wanna be a super dad and the best dad ever but sometimes, I’m just realizing that I’m not perfect.”