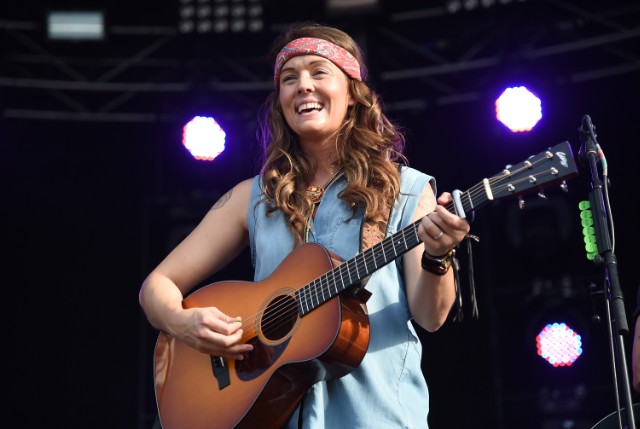 Today, in confusing music news, pop-country singer/songwriter Brandi Carlile has announced a new star-studded compilation album, Cover Stories, which consists entirely of new renditions of songs from her 2007 sophomore album The Story, the 10 year anniversary of which is this April. The list of collaborators is a varied and auspicious bunch, including appearances from Adele (a cover of “Hiding My Heart,” which was a bonus track from her 2011 album 21), Dolly Parton, The Avett Brothers, Jim James, The Indigo Girls (who appear on the original album), Kris Kristofferson, and Margo Price.

Most notably, though, the release will also include a written foreword by Barack Obama. In a short statement released to Rolling Stone, our last good president, referring to Carlile’s pledge to donate proceeds from the album to the British charity War Child, said: “As an artist, Brandi Carlile is using her talent on behalf of the most vulnerable among us, children living in areas of conflict. She reminds us that, together, we can build for our children a more just, peaceful world.”

It’s a little hard to say how Carlile wrangled such a formidable team for this somewhat-oddly-conceived project of reimagining a fairly minor album. But we do know that Obama (or at least one of his former social media advisors) is a Carlile fan: The former President included Carlile’s track “Wherever is Your Heart” (not from The Story) on his “Day”-themed 2015 Spotify playlist. Here they are hanging out at Letterman that year:

Caption that, and listen to Dolly Parton’s spirited cover of “The Story” via Rolling Stone. You can preorder various Cover Stories bundles now via Carlile’s website.