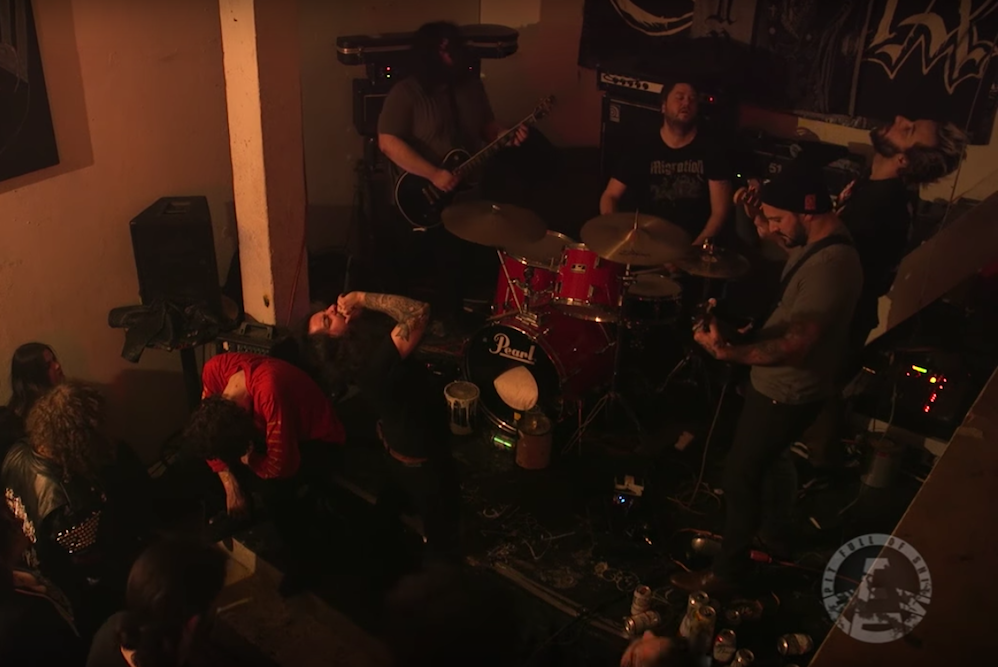 My friend Brian, who plays bass in the scorched-Earth metal band Fórn, shared a video of a recent set on Facebook today with the caption, “Don’t worry, the dude in the red shirt who is passed out on stage the ENTIRE SET is still alive. No need for concern.” And indeed, a dude in a red shirt can be seen with his head between his knees for 22 blistering minutes as Fórn plays their cosmically heavy music around him. At several points in the show, lead singer Chris Pinto is close enough to touch the dude in the red shirt, practically screaming right into his ear. You want to laugh at the guy, but you also can’t help but be impressed by his ability to slumber through the chaos.

“Apparently, 3am is too late of a set time for some people, like the dude who is passed out on stage the entire time that somehow none of us realized,” the band wrote on their official Facebook. “Hey I’m that guy and I’m still alive unfortunately,” a commenter who purported to be the dude in the red shirt responded. “I really dug everything I heard though even though I looked like the Minor threat guy.” Watch the video below via Pit Full of Shit, and just imagine what a great sleep red shirt dude probably gets at night when there isn’t an extremely loud doom metal band playing right behind him.