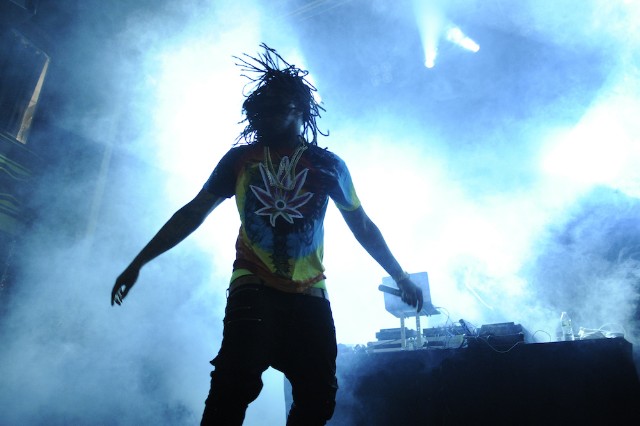 There’s going to be a throng of artists protesting Donald Trump’s upcoming inauguration, but Waka Flocka Flame got a head start on them last night in Georgia. The famed ruckus-bringer was performing at Athens’ Georgia Theatre when he spotted someone holding up a Trump jersey. Waka then grabbed the jersey and wiped his bare ass with it before spiking the defiled shirt on the stage.

“Fuck Donald Trump,” he yelled to make his point clear. Watch the whole scene below.

A fan showed @WakaFlocka a trump jersey while he was performing. Here’s what Flocka thought about it.. #georgiatheatre pic.twitter.com/4Fzg7sqgC9