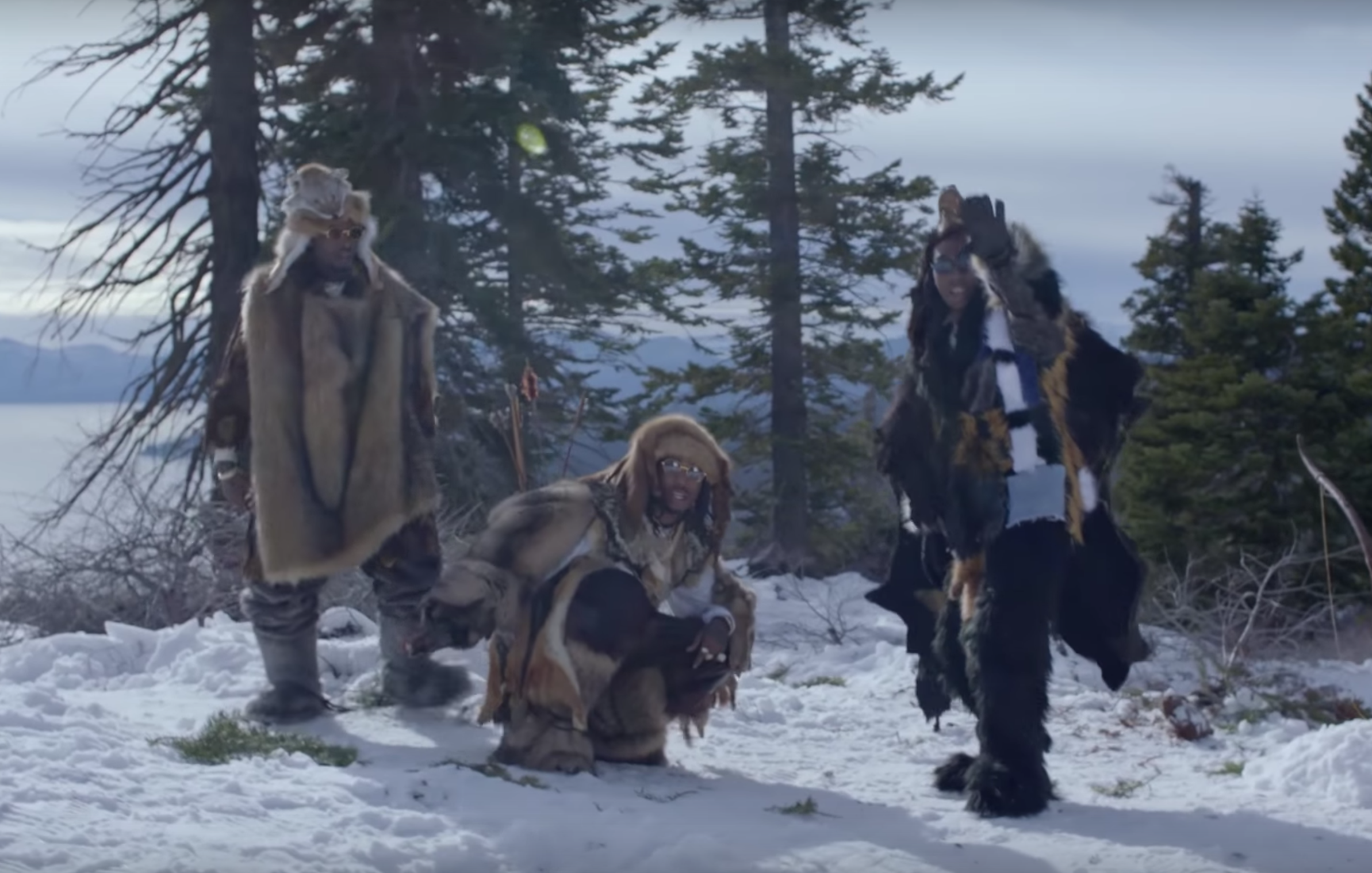 While watching the Migos’ new Quavo-codirected video for “T-Shirt”–a track from the Atlanta rap trio’s upcoming sophomore album Culture–it seems insane that no major rap act has yet embraced Revenant-chic. As a bearded elderly nomad throws a Pyrex pot on a campfire of twigs, and Quavo, Takeoff, and Offset stalk into his tent decked out in full fur-trapper regalia to the strains of somber choral music, it momentarily feels like this Migos music video might be better than Alejandro Iñárritu’s Oscar-winning survival film.

The clip follows hot on the heels of the Atlanta trio’s Lagos-shot clip for Culture’s “Call Casting,” which, unfortunately, does not feature Takeoff clad in an entire bearskin rapping about rolling cigars full of “broccoli.” Culture’s lead single “Bad and Bojuee” is currently hanging at #2 on the Hot 100.

Culture is out Jan 27; watch the “T-Shirt” clip, which even Chance the Rapper is raving about, below.