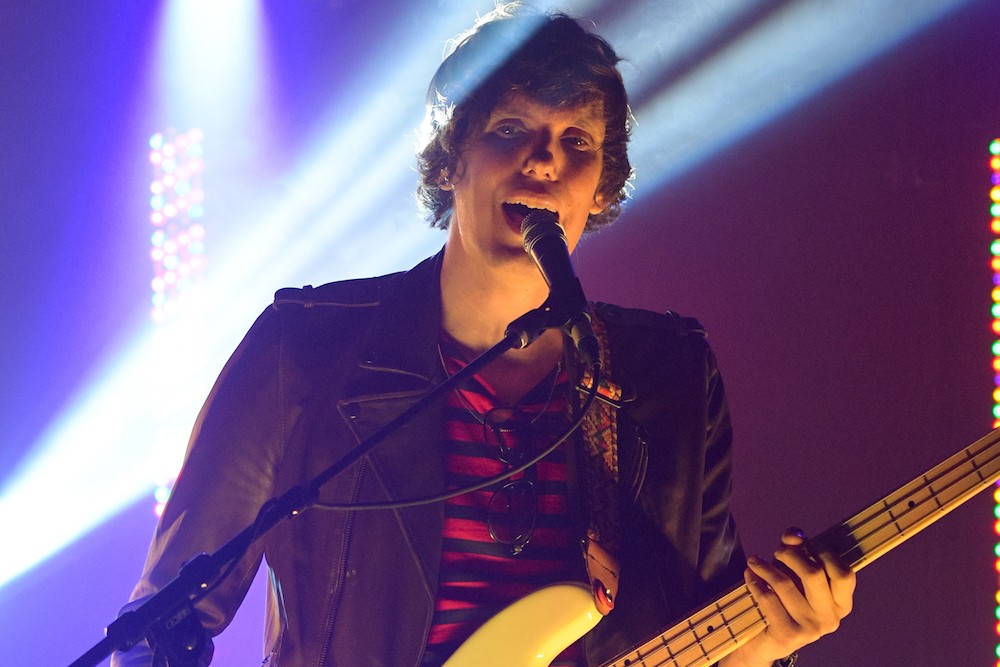 The Strokes are still making music—just not with each other. Bassist Nikolai Fraiture’s Summer Moon—which features Jane’s Addiction’s Stephen Perkins on drums, Airborne Toxic Event’s Noah Harmon on guitar, and Uh Huh Her’s Camila Grey on vocal and keys duties—are getting ready to drop their debut album, With You Tonight. After releasing the title single last September, the band is back with “Happenin’,” a dark number that features Fraiture singing with a distorted disaffection that recalls, well, Julian Casablancas. “Happenin'” is far from derivative, though.

Listen to “Happenin'” below. With You Tonight drops February 24 via DTF/Membran.