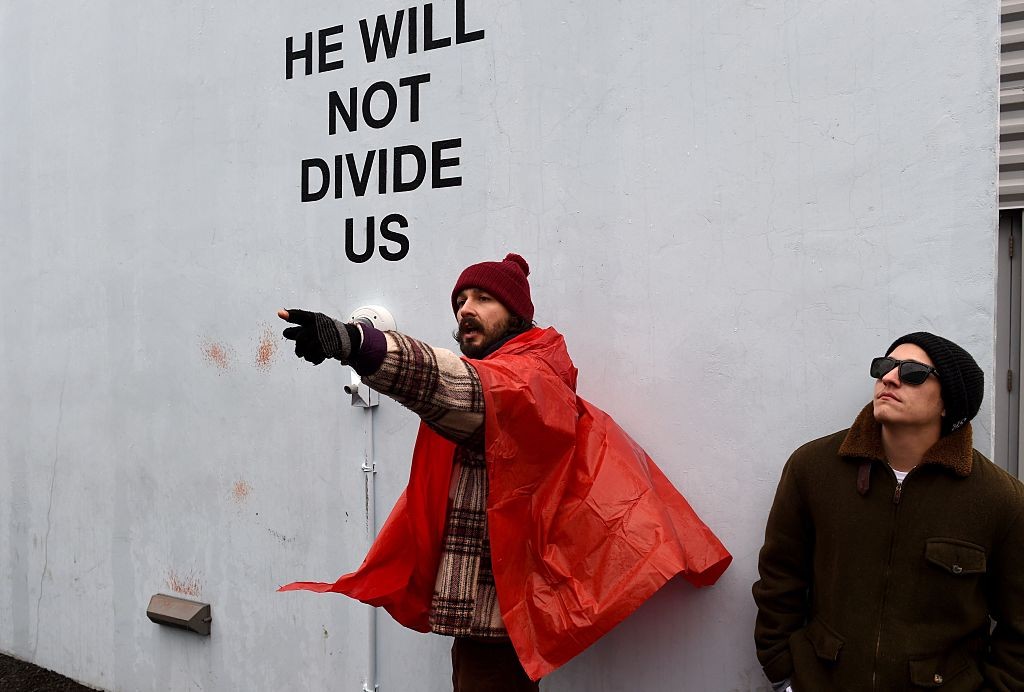 Shia LaBeouf was arrested Wednesday night in an altercation at “HE WILL NOT DIVIDE US,” the anti-Trump performance art video livestream the actor has been operating outside the Museum of the Moving Image in New York City since Inauguration Day. LaBeouf reportedly got into a verbal exchange with an unidentified man, during which LaBeouf allegedly grabbed for the man’s scarf and scratched his face. He was arrested and released, CNN reports. He reappeared on the livestream early Thursday morning.

A video posted by a fan account purports to capture the incident that led to LaBeouf’s arrest. The short clip shows a young man greeting the actor, who identifies as Jewish, then saying, “Hitler did nothing wrong”:

A later excerpt of the livestream shows police handcuffing LaBeouf and walking him away:

In recent days LaBeouf’s livestream has become a target of 4chan’s internet neo-Nazi community, and various people have trolled the stream in person by whispering Nazi references and holding up photos of Pepe memes. In another clip from the livestream captured by TMZ, one of LaBeouf’s fellow protesters says, “Shia took a hit for us. There were all these Nazis here, he came out and tried to protect us.”

UPDATE: New York Daily News reports that LaBeouf’s arrest was the result of a separate altercation with a different man around midnight. LaBeouf has been charged with assault.