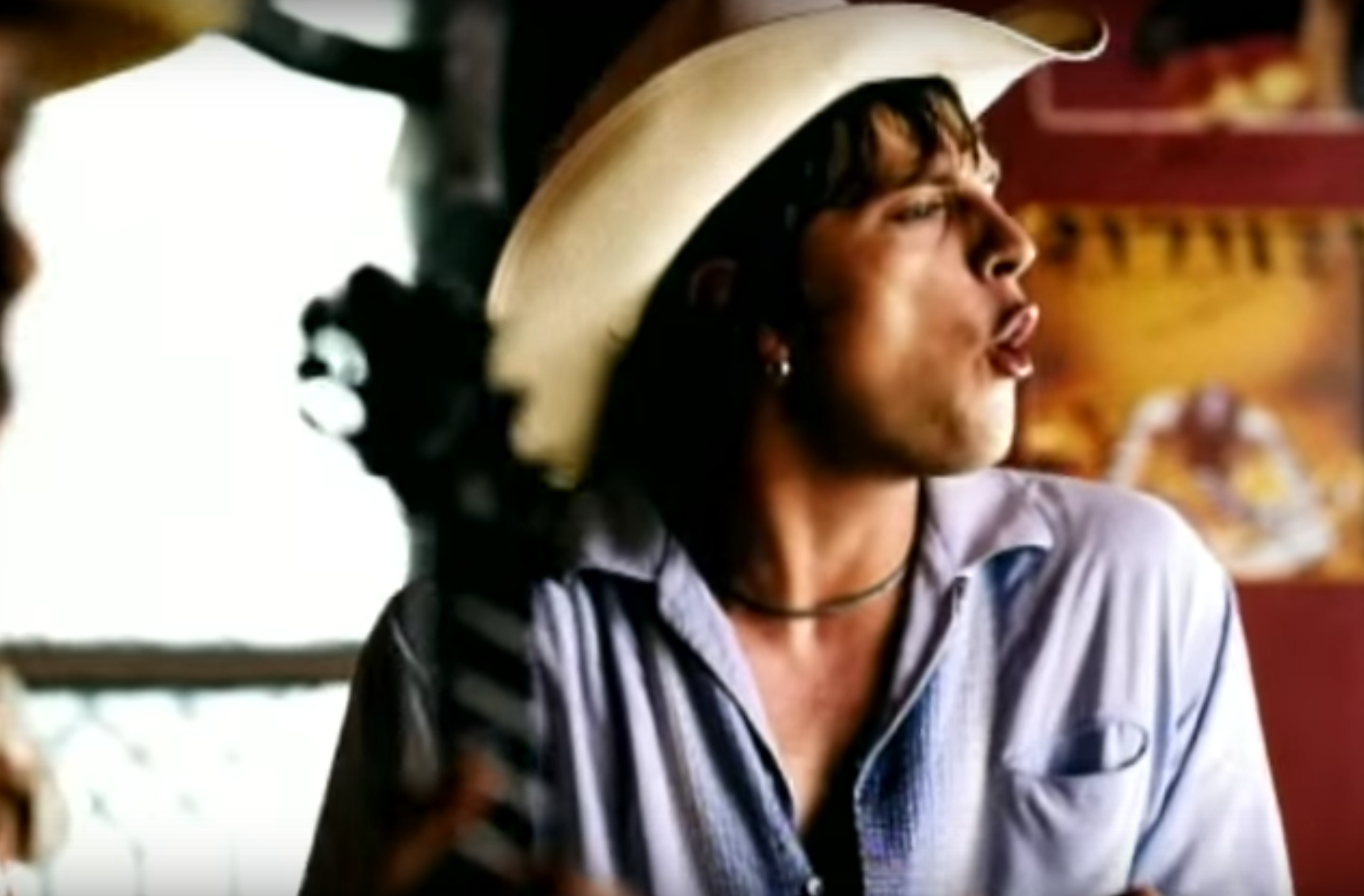 In a tribute to the late George Michael published in Billboard today, Rob Thomas revealed that Thomas’ 1999 mega-hit from Santana’s Supernatural album, “Smooth,” was originally written with Michael in mind as lead singer.

“This was going to be my first time writing a song that I didn’t perform on, and I was hoping it would set me up as a writer,” Thomas explained. “Smooth” was also, apparently, inspired by Michael’s songwriting style and vocal inflections: “…I’d had George in my head when I recorded the vocals in the first place. If you listen to the melody and the cadence, it’s an attempt to emulate his style.”

When you think about it that way, it’s not a hard thing to imagine. Thomas goes on to describe his first solo album, 2005’s …Something to Be, as “[his] shift from Wham! to Faith” (yes, that would make Matchbox 20 the Wham! in this equation). He also points out the Michael homages in his first solo video, for Top 10 hit “Lonely No More” (“the close-up on the boots, the dance”), and cites the video for Wham!’s “Bad Boys” as the inspiration for the cover of his 2015 album The Great Unknown.

“I’ll never be George Michael, but without George I’m not sure I would have been Rob Thomas, either,” Thomas concluded.

Scroll to 2:35 in the first video to see Thomas’ video homage to Michael, and revisit the eternal “Smooth,” below.

Rob Thomas Shares His ‘Songs for the Socially Distant’ Playlist