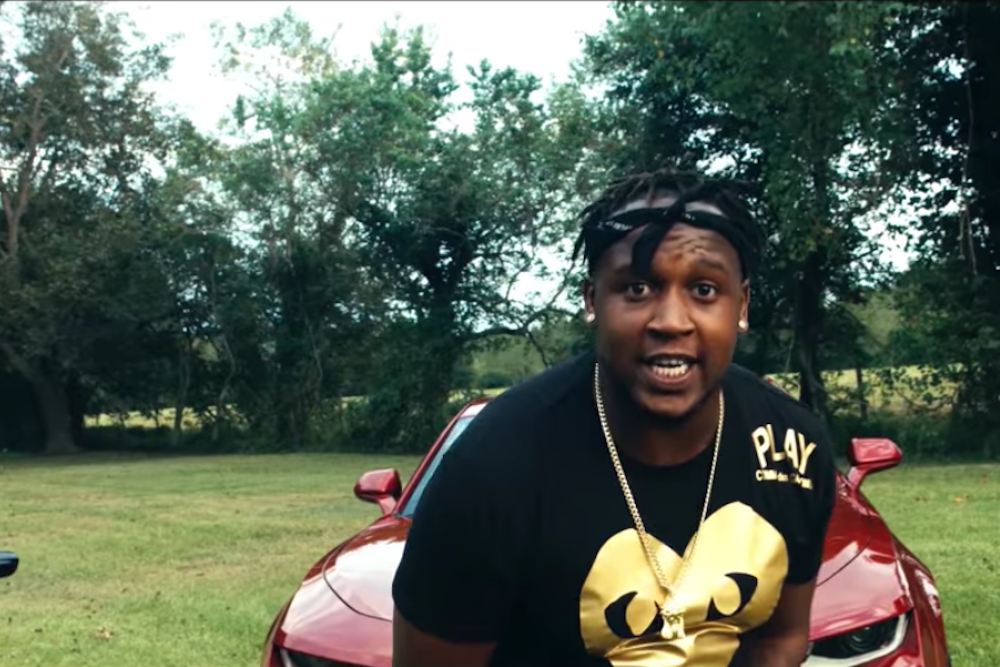 Texas rapper Tru Keezy learned the hard way this week that if you’re going to stage a bank robbery for your music video, you should tell the cops first that you’re not actually robbing the bank.

Keezy and another rapper named Yung Groovey were shooting a video outside of a credit union in Lake Jackson, Texas, wearing ski masks and carrying an (unloaded) Glock and a sawed-off shotgun, when someone called the cops, Houston’s Click 2 reports. Understandably, bystanders figured they were witnessing a real robbery in progress, and when Lake Jackson police arrived, they told the crew to “get on the ground,” Keezy said.

Ultimately, miraculously, no one was hurt, though Keezy was brought in on an outstanding misdemeanor warrant. He seems grateful to the point of giddiness in Click 2’s segment about the incident. “Thank y’all for not shooting me and my bros!” he says, with a big smile on his face. The video shoot also spawned 2017’s greatest news chyron so far:

Watch Click 2’s segment below, and Tru Keezy’s (pretty great) “Go Out and Get It” after that.