Our Favorite Memes of Richard Spencer Getting Punched in the Face 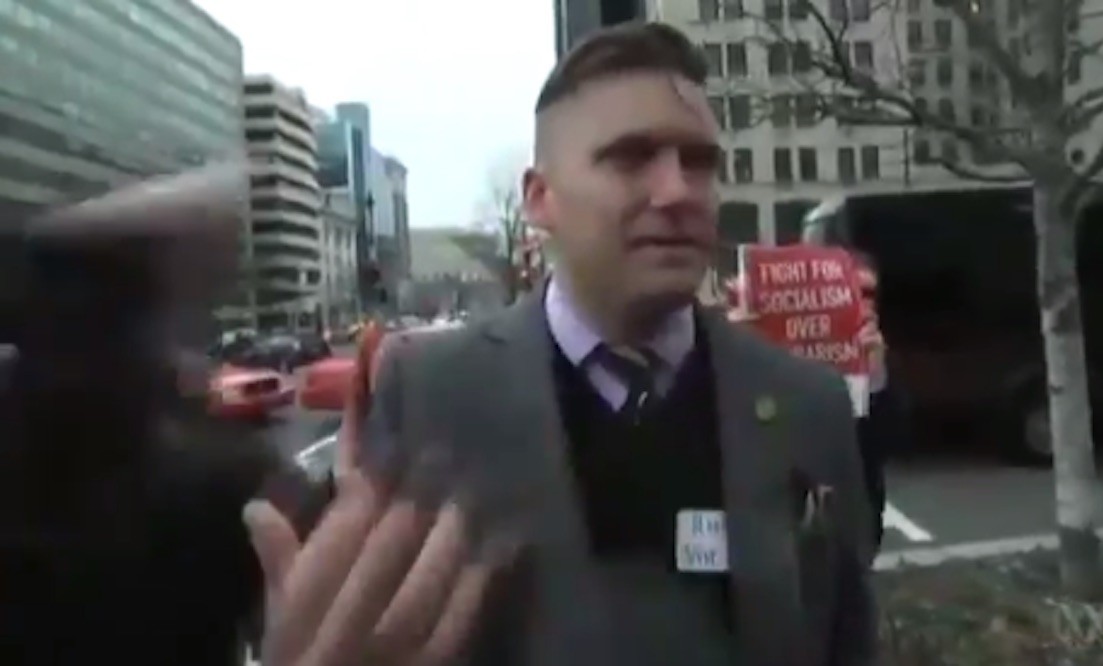 Everything that happened on Friday, the day of Donald Trump’s inauguration, was bad–doubly so if you happened to be Melania Trump. The only good thing that happened was when suit-owner and neo-Nazi Richard Spencer was socked in the head by the new masked hero of Gotham. As you are probably already aware, users of the internet spent their weekends setting the video of Spencer being punched to music, making the clip even more replayable than it already was. In the interest of public service, each member of the SPIN staff who is working today picked his or her favorite Spencer remix. You can peruse more here and here.

Thin Lizzy – “The Boys Are Back in Town”

Spread the word around. pic.twitter.com/pacj1K7Xl3

The Boys Are Back In Town” is the perfect song for any occasion, whether it’s clearing out a bar, punching out a Nazi, or just being back in town with the boys. This one gets bonus points for the multiple punches, edited in time to Thin Lizzy’s power chords. — Andy Cush

The clip is especially satisfying when accompanied by a song about a victim of Nazi brutality and a countdown. — Anna Gaca

I was eating dinner on Friday when “Ante Up” came on at the restaurant, which felt a little aggressive but did make me think that it would be a perfect soundtrack for watching Richard Spencer getting smacked in the grill. — Jordan Sargent

This version of “Hit it For Me One Time”

Please tell me no one has done this Richard Spencer remix yet pic.twitter.com/IaHaxJDhCc

Bruce Springsteen – “Born in the U.S.A.”

this is as patriotic as I've felt in a long time pic.twitter.com/yiVxd8semM

This remix is my pick because the only thing more American than misinterpreting “Born in the U.S.A” as a patriotic song is punching Nazis in the head. Also, it was the first one I saw. — Taylor Berman

At first, the sample plays against the fuzzy wordless image like we’re watching some snippet from a montage in a political documentary. Then there’s the slow build in musical density, which lets us know that something is about to happen. Does this guy really think he can stand amidst livid protesters coiffing his hair and Nazisplaining Pepe? Then, of course, the ecstatic release—“Beautiful morning!” On a purely technical level, this is the best meme of noted neo-Nazi Richard Spencer being punched in the head. — Winston Cook-Wilson