Remember When Neil Young and Pearl Jam Lost Their Minds Playing “Rockin’ in the Free World” at the 1993 VMAs? 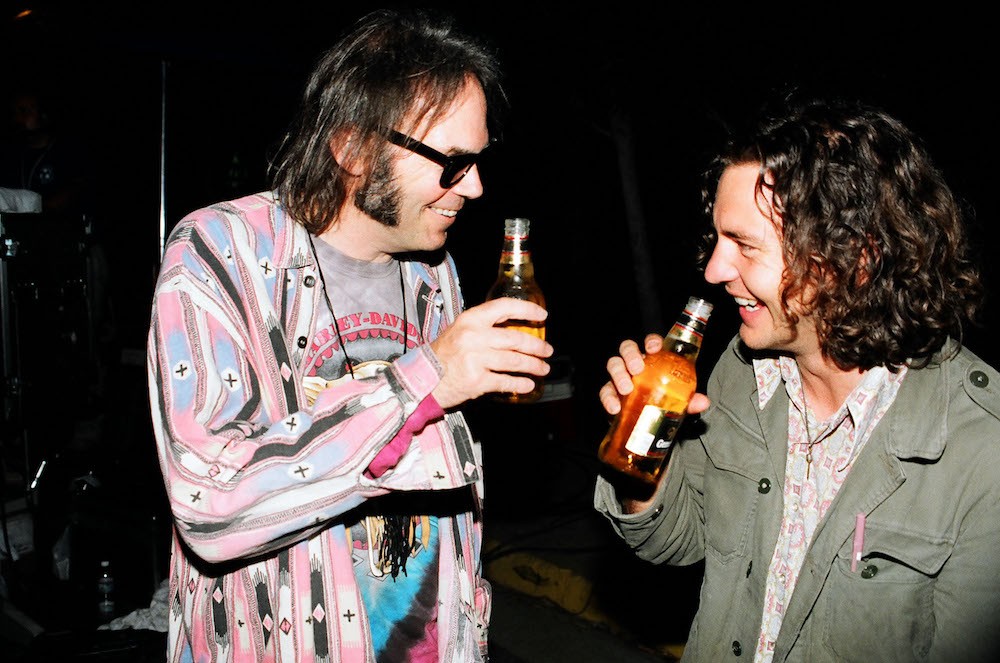 Pearl Jam and Neil Young have been friends for a while, but their friendship reached its mainstream apotheosis in 1993, when they teamed up to perform Young’s 1989’s single “Rockin’ in the Free World” at the MTV Video Music Awards. Back then, Pearl Jam were riding high as one of the biggest rock bands in the world; Neil Young was old enough to be “classic rock,” though his new records weren’t as stately or as composed as the moniker might dictate.

It doesn’t seem like something that would happen on the VMAs today: One of the most popular bands alive and one of rock’s elder statesmen playing for more than seven minutes, rendering a rebellious rock anthem into an anarchic freakout. Vedder and Young trade off the verses, but the singing is mostly a pretext for the guitar players to lose their minds. Vedder eventually starts destroying his microphone stand as Young’s playing spirals off into chaos; the crowd is very into it, and presumably they were booked with enough time to give the noise as much space as possible.

Today, Pearl Jam and Young could conceivably team up to play at the Grammys, but what’s the contextual equivalent that might happen at the VMAs? Twenty One Pilots and Bono teaming up to sing “One”? 5 Seconds of Summer and Metallica running through “Enter Sandman”? That this happened at all seems sort of like a ’90s hallucination, but it’s a great performance, and worth revisiting below.