Listen to the Mountain Goats’ Imaginary Star Wars Theme Song, “The Ultimate Jedi Who Wastes All the Other Jedi and Eats Their Bones” 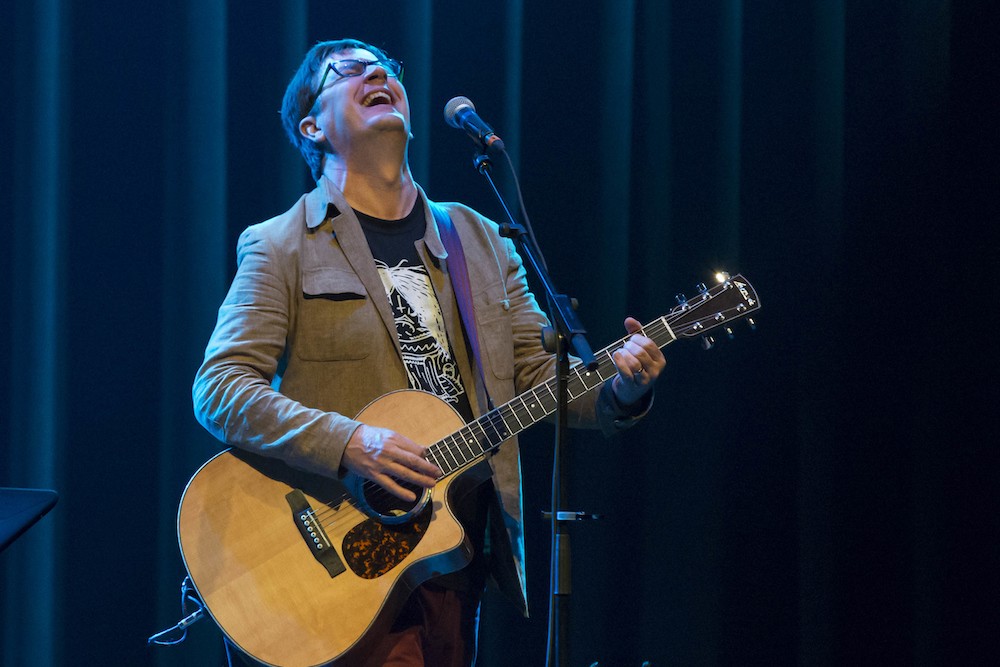 The title of the newest song by The Mountain Goats, “The Ultimate Jedi Who Wastes All the Other Jedi and Eats Their Bones,” isn’t really out of the ordinary for John Darnielle. (Think about “The Best Ever Death Metal Band in Denton,” “The Legend of Chavo Guerrero,” “The House That Dripped Blood,” and so on.) The song itself, however, has a backstory that sets it apart: On Friday, when The Last Jedi was revealed as the title of Star Wars Episode VIII, the Mountain Goats frontman ribbed director Rian Johnson for not using his more verbose name for the movie instead:

my five-year campaign to sell Rian on the title "The Ultimate Jedi Who Wastes All the Other Jedi And Eats Their Bones" has come up short https://t.co/fWacvjK5XL

Johnson responded by urging Darnielle to “WRITE THIS SONG”:

And Darnielle obliged. Today, “The Ultimate Jedi Who Wastes All the Other Jedi and Eats Their Bones” appeared on Johnson’s Soundcloud account. It’s immediately recognizable as a Mountain Goats song, full of gentle acoustic guitar strumming and literary detail, with “the dust of Jedi bones piled up like parsnips” on the protagonist’s dinner plate. If you didn’t know the backstory, it wouldn’t be hard to imagine Darnielle deciding to write it unprompted. Listen below: